In attendence were bloggers who included Jeff Jarvis of the Buzzmachine, Jay Rosen of Press Think, and Glenn Reynolds of the Instapundit.

Because Professor Reynolds does not have comments on his very successful and popular blog, he had to repeatedly answer why he chooses not to have them.

His reasoning was threefold.

1. Very popular blogs will get so many comments that in order to keep them from being boring shoutmatches and flamewars you need to have them moderated. Moderation either takes time or money. Neither of which Glenn chooses to allocate to comments since if people have a differring opinoin they can go start their own blog.

2. He’s fearful that the Liberal Press might inaccurately attribute a statement in his comments to him. He’s also nervous that he might be held legally accountable for impropriety in the comments like libel or slander (although ive never heard of that happening to a blogger).

3. He believes that oftentimes a blogger can be influenced in a bad way by his commentors. If they cheer him on for something, Glenn fears that he might give them more of what they praise.

because i may have misunderstood his take, here are some of the exchanges that took place–

Glenn Reynolds: Some examples of good user communities are Slate’s “The Fray” (where I started) and Slashdot. Both, however, are moderated.

My own sense is that it’s very hard to preserve civility — or even a good ratio of interestingness to flaming — on sites that have high traffic without a fair degree moderation. There’s some sort of a threshold after which things tend to break down into USENET-style flamewars, which some people like, but which I’m tired of. I find the comments on Atrios, Kos, or for that matter Little Green Footballs, to be tiresome.

Jeff Jarvis: Glenn: I agree with your assessment of those particular sites. I wonder whether that is a function of size or topic or host’s tone.

[Question from] Washington, D.C.: Hi, my question is for Glenn and then maybe Jane would like to comment.

From my perspective, it looks like the conservatives can dish it out, but can’t take it, that they are uncomfortable subjecting their ideas to scrutiny on their own Web sites.

Glenn Reynolds: I think that one reason has to do with media treatment. Charles Johnson, for example — who does have comments — has repeatedly faced media stories about his site in which comments made by his readers are directly attributed to him, as if he had written them. I certainly worry about that sort of thing, too. I think that lefty sites expect, and get, less of that kind of mistreatment. 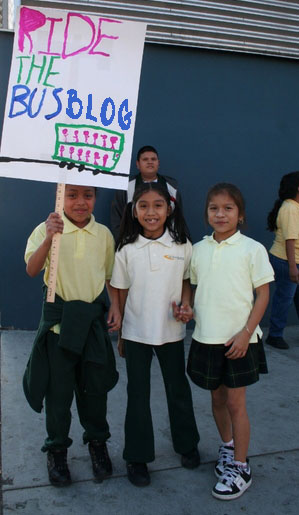 I’ve never had comments. I get about 1000 emails a day, and I don’t have time to look at those, post on my blog, AND moderate comments. And unmoderated comments raise a risk of the kind of thing I mention above, as well as possible libel and copyright issues. I’ve actually considered bringing someone in to do that, but that seems too impersonal.

Glenn Reynolds: To add to this, I think that although people often act as if bloggers avoid comments with which they disagree, I think that the real danger to bloggers comes from the commenters with whom they agree. I’ve seen a number of bloggers pushed toward more extreme views by their comment section. It’s seductive, I imagine — all these people talking about *your* ideas — and it seems to exert a pull.

Jeff Jarvis: I think you’re quite right that anyone can have a blog and link and comment and, in many ways, that yields richer conversation. Still, there are times when I have something to add to a conversation and don’t want to use my own blog for that. I appreciate the blogs who allow that. Entitlement? No, I’d call it enlightenment.

Glenn Reynolds: I’ve already done this in one of the other posts. Basically it boils down to time, and my fear that comments by trolls would be attributed unfairly to me, as has happened to others. Plus, it’s not like it’s hard for people to get their own blogs.

Jay Rosen: I must say I have never heard of that concern before: “media reports would attribute comment trolls to me, so I don’t have them.”

I have comments at my blog, and they are completely open. I not only monitor them carefully, I’m an

in comment threads and I argue a lot with readers. I get mad at them too. A great many users have told me that while I write good posts, what they really like is the range of reactions from others in comments. For some, that discussion is a primary, not a second-order good on offer at PressThink.

Glenn Reynolds: It happened to Charles Johnson and he was quite upset. Perhaps the press would be more sensitive where you’re concerned, Jay.

as they say read the whole thing but i think in the future the good professor and the others of the right wing blogosphere who choose not to have comments should just be transparent and tell the truth: “we like to talk shit about others, we like to point fingers at others, and we know people like to talk shit and point fingers at us but damned if we’re going to provide a place to do that in our very own blogs… even though thats pretty much what blogging is about, you know, dialogue.”

as for me, tony pierce, i dont like it when people disagree with me, but sometimes im wrong about something, or sometimes i know people are going to take an opposing view. the comments allows the readers their shot at either correcting me or providing their point of view as a sort of check or balance. i know the righties pretty much hate checks and balances in government so it doesnt surprise me that theyd be against them on their own blogs,

but what is often shocking to me is when i write something that im afraid many will disagree with me about, oftentimes they dont. not because they omg love me so much but because i was just being paranoid that i was being this big punk rock rebel who would be misunderstood.

now of course i dont spread as much bullshit as most of the righty blogs do, despite my tagline, but i dont usually say the popular line either. if you recall i once said that i was glad when ronald reagan died and i berated Catholics for mourning the previous Pope’s death. virtual pissing on peoples graves dont usually bring about a chorus of amens from the peanut gallery, but if i am going to accept their praise on topic a, then its only fair that i allow them to say their peace on topic b.

and on the day that the busblog gets so many feaking comments that it needs a moderator, im pretty sure that i could either 1)find someone willing to intern for free or a very low wage to moderate a top 5 blog or 2)find a sponsor who would put ads in those popular comments that would pay for the professional moderator who would delete patently offensive comments or slightly edit comments so that they are not slanderous or libelous.

however it is curious how big time left wing blogs dont seem to have a problem letting readers of both sides comment on their posts.