from the good readers

Luke demands, There better be a Buzznet event in the Detroit area.

I’ve been to Detroit once. Actually I only spent time in the airport. It was small, dirty, dumb-looking, and i couldnt wait to get the hell out of there.

that was years ago.

since then blogging happened and ive come across some people who id like to meet who live in the motor city. id prefer to meet them anywhere other than there, but if the bosses tell me im going to detroit then im going to detroit.

until then see you in amsterdam next week and austin next month.

fat free milk asks “Will I get home early from work tonight?”

no you will have to stay late to fill out the tps reports and some dickwad is going to take your red stapler.

2. who is currently kicking the most ass in your fantasy basketball leagues?

3. what is the appropriate amount of love to show you for linking Op:Cb?

4. If you were featured on celebrity death match, which blogger would you most see yourself fighting?

no, i live in america, we have parties down here that i have to attend.

2. ive been playing fantasy sports for far too long to admit to. ive found that homosexuals generally place the highest in the standings. as a friend to the same-sex lovers, i go out of my way to invite them into my league because i crave competition.

last i checked, southern fried butt pirates are winning all my leagues – but its not even the all star break yet so dont get too cocky armyboy.

3. Operation Comeback is one of the coolest ideas that ive seen come to fruition on the blogosphere. it’s a blog written by veterans of this unjust war who have returned home, designed by peace activist matthew good.

as someone who truly does support the troops, it’s my pleasure to support that blog and it’s not you who should show me love for linking to it, its we who should show love to the men and women who have risked their lives while serving in the military.

although thanks to raspberry sundae you now know how i feel about plaid skirts and fan signs. or you can give me the number of that teenager who wanted to make out with me at the matt good show but i was too busy letting you make out with her and her friend.

4. in celebrity death match i would like to fight bunny mcintosh. not because i would want to harm her in any way, but i know that death is inevitable and when i go i hope its at the hand of a superhot redhead with a pistol given to her by her new groom.

timmay asks, how come you never post videos directly to your blog?

believe it or not but i get a lot of traffic on here. and buzznet is only in beta for video. not only am i not ready to have my blog crash because hundreds of people at a time decide to look at a video embedded on my blog, but im sorta old school and im still trying to master this still picture + words thing.

and i like to see how many visitors actually do follow the link to the videos on buzznet when i send people there. and you cant get those numbers if you embed your vid.

Jaromir Blagr asks, Which is the mightiest of all beasts of the forest?

some say the lion is the king of the jungle. not so. he’s loud and scary and strong but hes neither the fastest nor the loudest nor the mightiest.

some say a woman scorned is the mightiest of all the beasts but thats only on Springer.

so i will have to say theres nothing mightier than an elephant whose brute force and stomping abilities can take on a pack of lions a school of tigers or even a full court press of the detroit pistons on the road. 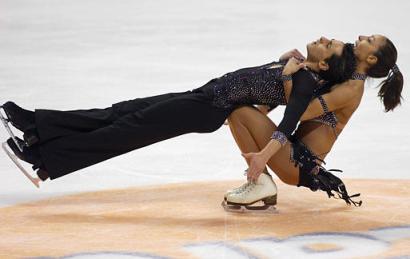 g-man tries to stir shit up by asking, what is your favorite blog?

it used to be flagrant but her tiny type is buggin.

the pants is always entertaining, my girl raspberry knows how to stroke my ego, fil is solid, and metafilter always always has something entertaining, but id have to say that my favorite blog changes weekly.

erin the oakparkmastermind was blogger of the week last week and her pal jessica came in second.

the busblog was somewhere in the rear.

Grace asks 1. Next time you’re in Vancouver, will you contact me so I can buy you a beer or three? I promise not to take advantage of you.

2. How great is the sport of hockey?

3. In a death match between Chad Ciavarro and Patrick Pitt, how badly would Pitt pummel Chad back into a fetus form?

4. How many sexual partners have you had?

1. the next time im in vancouver i want to drink beer all day and all night at that moose place that jenny good recommended and that me chad and ben drank at with mike. then im gonna go back to the only place ive ever eaten sushi across from the commodore and drink more beer. then im going to puke on granville in front of a cop cuz thats what youre apparently supposed to do. then im going to eat a pizza and kiss you on the lips with my puke face in front of your man.

2. hockey is the greatest sport of all time. seriously. those fuckers skate around super fast and bash each other and try to put that little puck in that little gap while getting bashed even more. i grew up in chicago. all my friends played hockey. i sat in the stands and hit on the girls and bought everyone hot chocolate. even at that young age i realized the importance of staying away from big dudes with sticks flying around on ice. so i have all the respect in the world for hockey players. the only athletes in their realm of coolness are austrailain rules footballers who wear no pads and have the coolest looking officials.

3. pitt is fat and halfgay. he doesnt want to pummel anyone he wants to wrestle and get felt up. chad is threequartergay and likes to be the girl so it will just turn into a makeout session, as usual.

4. i have ten more to go before i hang up the astroglide.