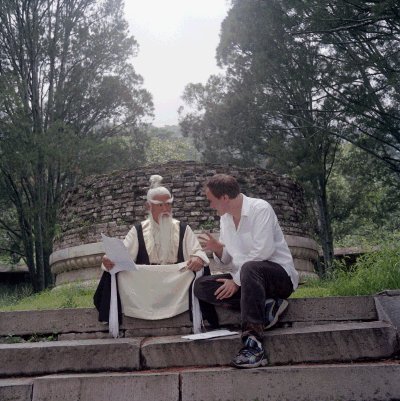 the writing is flawless the acting is solid but the look is fresh and the comedy is there and the action is there and the only thing thats not there is theres not enough stars in the heavens to award this film.

it was as if quentin filmed kill bill, realized it was a damn good three-hour movie but decided instead to hold back the best parts for the “sequel” and call the leftovers kill bill vol 1.

the rumors of you not needing to see the first to enjoy the second are true.

vol 2 runs laps around vol 1 in a way that vol 1 should have just been dvd extras, missing scenes, and deleted moments of this instant classic.

this is a dress rehearsal of a wedding between genius and artistry. action suspense humor, depth, subtlety, and beauty. the way movies should be made but simply cant be made because theres only one quentin and his fastball moves.

this is the work of a maturing filmmaker caught completely in stride, no longer the video store clerk trying to prove that he can direct, no longer the wigger in the kangol trying to show off his record collection.

this is the quentin tarantino that everyone hoped for after the one two punch of reservoir dogs and pulp fiction that never was realised in the pair of films that followed.

this movie was so good that i bypassed the miramax + ascis afterparty so i could run home and tell you to go right away before people start giving away the juicy bits because there are some parts that people are going to start talking about and it’s far better to see them for yourself unspoiled.

kill bill 2 gets the busblogs highest rating. as someone who was lucky enough to see pulp fiction the day it came out, i felt just as satisfied leaving this film, and i definately wasnt the only one.