and drove out to death valley. the ride wasnt bad, it was just me and kurt and a few gangstas from the hood.

when the bus stopped kurt led me out.

before we can go any further you have to sit on the Regret Throne.

all i saw were a row of Port-A-Potties.

go in there, put down some paper on the seat, pull down your pants, and think about all of your regrets.

i did as instructed.

i thought you said you were bummed that you never went to Prague?

did you ever have sex with anyone you wish you hadnt?

think hard. if theres any regret in you, you wont be able to fly in heaven. it’s what seperates us from the birds.

what about some of the jobs you had?

ok that was sick, tony

hey man, im just doing as the inventor of grunge is instructing me.

any girls you wish you had asked out?

kurt hosed me off and handed me a towel. i tipped him a dollar and he opened the door of another port-a-john.

any records you bought you wish you handt? movies you saw? extended warrantees you bought?

my ass was starting to hurt.

kurt took the hose to me again and handed me another towel.

i went into another port-a-potty and sat down.

kurt hosed me off, handed me a towel, i gave him the three ones. he gave me a squirt of cologne.

went into the last port-a-potty that remained. 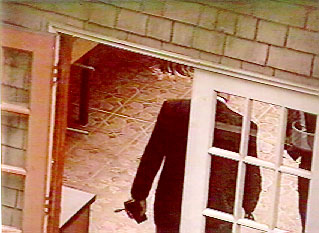 sorry you didnt say good bye to anyone?

wish you had asked for more money on your blog?

wish you had spell checked or proof read it before you posted?

wish you had kissed more people’s asses so that they would link you?

wish you had gone to journalism school?

wish you had learned to play guitar?

wish you had gotten married in your twenties?

look down at your feet.

“what am i looking for?”

are they on the ground?

and what do you know, i was floating about an inch off the floor.

i wiped, flushed, got out, and felt incredible.

me and kurt hung out at the bus stop waiting for the next bus.

“what was one of your regrets when you were here?”

i wish i had been a corporate spokesperson for someone.

yeah, really. i was just shy.