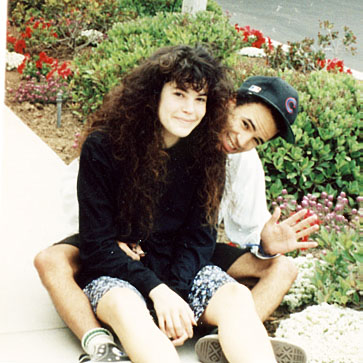 but first an old poem.

The Italians painted the best
virgin marys
next to the Dutch
and she looks like the dark haired
olive tint
not the complete Mary but her complement
her knitting friend who Mary
whispers to
“Joseph last night was so cute”
Mary tells her as the donkey drinks from the river
“he leaned over to kiss me
but he stopped himself
I told him we’ve been married ten
years
our son is the messiah
you have nothing to fear silly man.”
I teller she looks like Mary’s best friend and she
smiles trying to sleep with her hands in praying formation
under her head
gold inexpensive earrings still on
eyes closed teeth shimmering
as christmas lights sparkle in my bedroom.
are you marys friend i ask
did you come down here to keep an eye on
me and warm not just my heart but
it feels like this whole house is alive
my fruit punch soda tastes bubblier
my burrito tastes guacamolier
my old face seems happier
did you come down here to do all
that for me
shes sleep
I whisper is mary your best friend and you seller
tupperware
and she sells you avon but you dont
wear it cuz you just dont
but you love each other
and now you love me
yes yes she says now hush she smiles opening one eye i dont know why this job makes me more nervous than any of the others. i feel like i know more about this one going into it than all the others, but in some ways maybe i dont.

i just spent all night going through facebook looking at everyone who listed The Los Angeles Times as their employer. theres a lot of people in there including my boss and the young woman im replacing, and the woman who i will be sharing an office with.

but before i lay my head to sleep i wanna give a shout out to my man matt welch. he set a great precedent to what a Daily Nexus alumn could do at the Times, and it was his move to Reason which inspired me to ask him who to write to get the gig that i got. if he had stayed pat i probably would have too. and sure enough all of his advice and all of his predictions were true. all the cool people who he said were cool were cool, and all the haters who he said would come out of the woodwork did so.

when i was a kid there was this game i was fascinated with. more of a toy really than a game. called barrel of monkeys. ive been thinking of that thing a lot lately. seems that there are monkeys who wanna try to stop you from climbing out of the barrel, and there are 1 or 2 who will try to help you get out of there.

LAist was the greatest barrel ive been in since college. it was everything a man could dream of and to be honest i really thought id be there for years and years and years. it was perfecto for me. the only thing that could have lured me away was to work for MTV, Playboy, the Cubs, or the LA Times. in this capacity. either writing their main blog or running all their blogs.

its so bizarre for this to actually happen. so bizarre. remember when the cubs were good? the year of bartman? this is more bizarre than that because after 90 years you sorta thought that SOME DAY the cubs would get it together. but there are so many people who dont get the chance to do the one thing that they know they can destroy at.

my buddy charlie was over with basart and jeanine the other night and we were all getting drunk and charlie started firing off all these hard questions all in a row. it was awesome. this morning he called to apologize, but there was no need for that. thats what friends are for, and in a way thats a way of being a good monkey. and if theres one person who has been blessed with the greatest smartest best friends, it’s yours stupidly. i needed to get drunk this weekend. i needed to cuddle with jeanine. i needed to eat drink and see tsar. i didnt know i needed it, just like i didnt know i needed welchie to become eic of reason, but i did.

and just like when i got my last job, i promise you i wont fuck this up for the next monkeys to follow. in fact i will do all i can to help others out of their little worlds and into the sunshine.

if i wake up early enough im gonna walk to the subway, ride it while listening to britney on my iphone and thank the Lord while reading my local paper. not believing any of it. and again my thanks extends to the readers of the busblog cuz this is where it all began and if anyone knows that its me so thanks for always being here. this is where im going for new years in a few weeks.