but you call this a riot?

apparently the cops showed up when too many kids spilled out onto the streets to do what youre supposed to do in college: rock. and the kids did exactly what the kids should do when the cops show up to throw a wet blanket on their party: they said we fucking dare you to break this shit up.

but then when the cops moved in on the students the kids disappeared faster than white house emails summoned by congress.

instead they were beaten down like bitches. so sad.

KABC has part of the story, but the real tale is, if white kids cant figure out how to get down on 30th street in LA, then they dont deserve to graduate to the Strand when they get their diplomas. TRY HARDER!

the only problem with dating young babes is they havent seen alot of really good movies to know the difference between a quirkly snarky overhyped selfobsessed monotone unrealistic unbelievable flat ohtoosmartforitself not bad movie from an actual good movie.

if you havent seen Juno maybe you should avert your eyes because i dont know how else to talk about this movie other than give away some of the “spoliers” so i apologize, for the most part im able to talk about movies without giving away ANY of the plot but one of the main things i hated about this movie (a film i didnt Hate, overall) is that i felt like i had seen it before.

after i got home this morning and went back through the trailers i discovered that i had seen the film – in the commercials for the film. why on earth do people do this? pretty much the entire plot was given away in the trailer. plus there was no real climax in the film, no plot development, no character development, no breakthrough, no serious tension, and people who were either too good to be true or too dull to be believable.

and this is being considered for awards of some sort?

the only thing decent about the movie is its references to music, but half the time theyre playing the oh so precious whisperings of belle and sebastian who havent been relevant for at least 5 years so who gives a fuck?

and are we supposed to scoff at the pregnant chick at being naive when she tries to diss Sonic Youth by calling one of their albums “noise” when she is supposed to be way into punk circa ’77?

and are we supposed to scoff at the monotoned Jason Bateman (who is too good to be true since he loves all the things Juno loves, and can play guitar better than her, and knows films better than her, and somehow scored Jennifer Garner, but for some reason doesnt have a backbone to save his soul: you call that an interesting character?) says that rock music was at its best at ’93? what about ’91 fuckface?

the only interesting people in the film are Junos parents who are also a little too good to be true, but are atleast somewhat unpredicatable and all of their smart alecky lines actually go down easier than when Junos cringe worthy hep talk gets flung at us.

someone needs to slap the bitch and tell her boyfriend to drink a beer and take off his bra.

plus i dont buy their attraction to each other one damn bit.

still somehow i give the film a B or B minus but that might have been because my date was hot and let me do whatever i wanted all night.

rotten tomatoes gives it the highest rating of any current movie out today: 93% Fresh. and is it true that it made 87 million bucks? damn. then fix the problems next time!

and although its nicely designed, its truly lame.

call me crazy but i heart britneys fake british accent.

speaking of crazy yesterday the 10 most popular stories on Digg were about Scientology – America’s hottest religion?

brent zacky, the super producer who brought Hefner’s girlfriends to E! is now the VP of programming at TLC and is bringing Miss America to TLC. he was always one of my faves at E!

CBS News has video of the worlds first weed machine – yes the same one mentioned here a few posts down. the owner claims that the machine will help keep the price down. 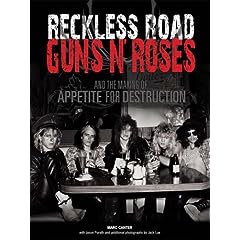 even when xTx writes about something super disgusting, somehow she still makes it super hot and very funny.

a woman at the New York Times tries to write an essay about blogging in the NYT Review of Books. she tries to make sense of the Instapundit, among others, and fails miserably. languagehat on metafilter outs her as a typical hack, gets called out, and responds justly, thusly:

See, I’d love to agree with you, because I’m all about even-handedness and not stereotyping and all that good stuff, but the fact is I’ve never seen a single fair, knowledgeable, and interesting piece about blogging from the mainstream media. This Boxer piece is about as good as it gets, and that’s not saying a whole lot. I’ve seen plenty of knowledgeable, incisive discussion of the mainstream media by bloggers. But maybe I’ve just been unlucky. Go ahead, prove me wrong; I like being proven wrong. Point me to a really good discussion (with no condescension, no “aren’t these kiddies cute?” attitude) of blogging by a mainstream journalist. Make my day.

Needless to say, languagehat, one of my favorite mefiers, doesnt get his day made.