i dont think wil has so much a problem with me as he has a problem with his friends over at blogging.la. in the example that you are linking to Wil is trying to throw out some props to me, but he knows he can’t unless he throws in a diss because it will piss off his bros bonner, markland, et al whose undies are (still) in a bunch because i mopped the floor with them via LAist.

and now Wil wants to say that we lapped our competition because i “trolled” my own comments (as if thats even possible – if markets are a converastion, ala Cluetrain, then comment threads are for sure conversations). Wil just wants attention. he’s been on the busblog for years and he knows that one of the things that i was known for years and years before i ever got paid to blog was mixing it up with commentors in the threads of the comments and in the posts. 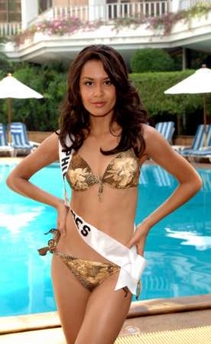 the fact that i did it at LAist too was just one of the many many reasons why that blog was more interesting than the others. when i was hired in june of ’06 there were several blogs that covered LA. two of them even had slight leads during stretches before my arrival. after i recruited people and got the machinery in order and the game plan set, our TEAM pummeled them and not only did the other blogs fail to adjust so as to compete against us but they stood there and began to *lose* traffic, a trend that appears to continue today.

when i got hired by the Times to run all of their blogs, as a token of good will i allowed an exclusive interview with blogging.la where they could ask me any question in any way that they wanted. tragically instead of being a gentleman about it (and basically shaking hands after the end of a hard fought game) their editor in concert with their publisher chose to take the opportunity to spread lies about LAist in their comments (is that “trolling your own comments”, wil?) and then chicken out when called out.

but wil is right to point to my how to defeat blogger burnout post of almost four years ago – it’s a classic – an excerpt:

i was always willing to explain to anyone, even our competition, how i was able to attract and retain more readers than them. and im still willing. i have always been one to give out free tips in the busblog, and i still am. if you put “how to blog” into google, my olde post comes up first, because those concepts still hold true (most of em). and i am still using those principles while coaching great writers at the LA Times,

which were the exact same principles that i used while coaching great writers at LAist. and all of their scoreboards tell happy stories. it’s not my fault if our competition’s scoreboards can’t say the same.

so Wil, if you wanna take me to task in an interview at WWiE or over at Suicide Girls, get your facts together, have all your little friends dig up all the little dirt you think you have on me, and we can do an unedited IM interview.

or take it back.