shes 24. she has the coolest look the best voice and much better musical taste than all of yr friends minus me.

last year she interviewed me on her show on music plus tv and earlier this month at sxsw i was fixin to interview this one dude and this other dude went omg tony pierce and i was all thats me and he was all bro i was the producer of the music plus show that jenn interviewed you on and i was all please tell me shes here and he was all i dont know where she is and whatever he said after that my mind just wandered cuz jenns all that.

born in kansas where only the koolest kids move away from (johnny carson, zulekia, burroughs, max) jenn packed her bags right after high school and ended up working with me at E!

this was back in the day where brooke burke, jules asner, and alecia tyler roamed the halls but there were only two girls who id hope would pass by my desk each day – this news chick who looked like mariah carey and todays birthday girl.

this was back in the earliest days of the busblog when no one knew of tony pierce and i dont even know how i ever got the courage to talk with her but somehow we did and she was even cooler than i could have guessed and last year about this time the stars aligned and she an i sat next to each other on the planeride home from sxsw and we transfered planes in zona and missed the connection because we were drinking too much tequilla in the airport taqueria which was bueno with me-o thats for damn sure.

whereever you be j

here’s my bro’s answer to the question “Is TV or print media more impacted by the Internet?”

Interesting question. I’d guess print media, for the simple reason of price point. Broadcast media already knows it must be free to consume, unless it adds the kind of differentiating value (i.e., cussing and Adult Situations and hyper-specialization) that can graduate it to pay-cable or satellite radio. Newspapers, though, have institutionalized a half-century’s worth of inaccurate, monopoly-driven belief that they must cost money to be somehow credible. Even while (with a few exceptions) degrading their own physical beauty & failing to take advantage of the things that only tactile products can offer. Partly as a result of both, their print circulations continue to plummet, and even at this late date ink-stained curmudgeons openly ponder the insanely idiotic idea of throwing more content behind paid firewalls.

This kind of fat-headed mindset created an Original Sin that all newspapers save the UK Guardian and SF Chronicle have committed — fucking up their archives. Some time in the not-so-distant future, news organizations will make serious money out of the mere fact of having cajillions of individual Web pages of super-credible/interesting information, alongside which targeted ads can be sold. Besides leaving that advertising money off the table through the pound-foolish idea of selling archives, these news organizations — whose very selling point is their comprehensive intelligence — have willfully made themselves underrepresented on the place that matters most — Google. That’s a whole generation of brand-building just washed down the drain. Incredibly, incredibly stupid.

I’ll point to one other way that print media is more impacted — competitive mindset. TV is competitive across most markets and platforms. City newspapers are mostly uncompetitive, except for the global share of eyeballs. The bottom-up Internet, by definition, is hyper-competitive, even though the business stakes are usually much lower. On one side you’ve got “amateurs” happily toiling for free in the drive for more respectability and page views; on the other side you’ve got a bunch of morose monopolistic lifers who don’t try harder and who see the word “competition” as being roughly equivalent to “child pornography” — a degrading, definitionally harmful phenomenon. I am generalizing for effect, but only just. Read the woe-is-media criticism from any Legacy Media lifer — your Bill Kovach, Tom Rosenstiel, Len Downie, whoever. Competition is a dirty word, causing job-loss and degradation in quality. Almost nowhere do you see big-city newsrooms taking responsibility for their own failures. Compare that to the happy-warrior, individual-responsibility mindset of bloggers, and the phrases “irresistible force” and “immovable object” come to mind.

What most newspaper execs fail to realize is that they’ve got a gigantic built-in advantage in this new world. Leverage the things only newspapers can do — quality, ubiquity, depth, physical beauty/interest — set the product at 21st century prices (free), give each story a URL that lasts forever, embrace competition with the zeal of a convert … and you’ll run the table. But the mindset is the obstacle, and after having been on the inside even of a forward-looking section of a newspaper that’s trying hard right now to change cultures, I’m pessimistic.

i miss matt and emmanuelle very much and i hope DC appreciates who they have. i also wonder how awesome it would have been if he and i had worked together at the Times at the same time. anyways, one of the “imbeciles” shoving their content behind pay walls, oddly is ESPN.com, who ghettoizes some of their best blogs back there. why on earth would they do that to perfectly good bloggers?

anyways read all the rest of the Mayor Sam roundtable here, which by the way, left Zuma Dogg out of the discussion, for some reason.

speaking of Emmanuelle, she reminds us that yesterday was the 1 year anniversary of Cathy Seipp’s death. you’re still on my Facebook list, Cathy!

interview with chuck philips, the LAT writer who knows all about 2Pac’s murder

many LA car washers get paid less than minimum wage, are illegal, and get treated like crap by the owners of the car wash

the el camino is back, yo, but it probably wont be called that

the soldiers are not only ghost riding their vehicles in iraq, theyre video taping it

dont you have a photo essay that celebrates easter while relating it to AC/DC? 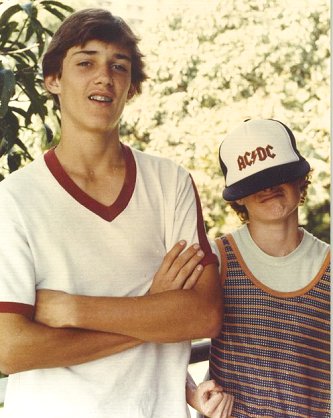 why yes, yes i do