curtis asks, Did you see that study which found that newspaper blogs failed to increase public dialogue? What are your thoughts? Do you think newspapers are wasting their time creating blogs?

no i hadnt seen the study, which was conducted in 2006, but now that i have, i think that journalism professors are wasting their time creating studies to diss blogging. particularly in regard to newspaper blogs.

2006 wasnt the greatest year for newspaper blogs, so the study is flawed right there. whats also wrong is trying to pretend like the number of comments on a post means anything in regard to anything. but thats the kind of thinking that you get when you have journalism profs trying to measure how good a blog post is.

last week we at the Times had a post that got over 2,000 comments. yesterday we had one that got over 500 in less than 12 hours. the kareem abdul-jabbar blog is close to 1000 comments despite only being around for a little more than 7 weeks. meanwhile our Lakers blog gets thousands of comments a week.

what ive noticed on the busblog is a good, solid post usually gets less comments than an outrageous one. an outrageous Wrong or slightly off-kilter post will get just as many comments as one that is right on the money. but meanwhile your bread-and-butter post that is fair, accurate, and interesting will get far less comments. does that mean that you should only post the outrageousness? of course not.

those profs should leave the blogging analysis to the pros and go back to teaching kids about the inverted triangle.

Grace wonders, “Who do you think is going to win the Stanley Cup? Why?

Can you refer me to an awesome female blog that doesn’t post pictures of themselves with every post?”

As for awesome female blogs that dont post pics of themselves constantly, there are many that I go to every day: xTx, zulekia, and flagrant. i would also say The Pants but she hardly ever writes any more. i also really like sarah of the delicious life who does a really beautiful food blog. and even though its not really about her, Christie St. Hottie does a killer job of telling everyone whats on the web at latimes.com/lulz

Oscars are for fakers, Nobel isnt even american, so i would accept the Pulitzer. but only if they give me one for blog editing. and only if i could get a copy of the award to send to the Daily Nexus, which has no J school, no J classes, no adult supervision, and hopefully it will always remain that way

which means ask tony a question

so you, yes you, ask a question in the comments below 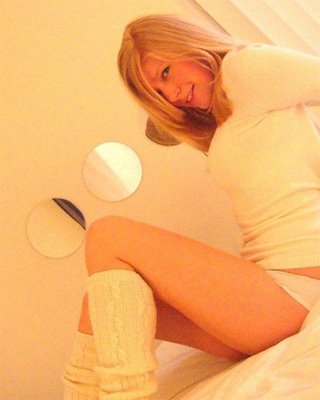 its a lot like the ocean. lots of different type of life. not all of it is beautiful. tons of similar types swimming along together and every now and then you’ll see something super ugly with big teeth hiding in the shadows waiting to lurch out and destroy something beautiful and shiny.

just like the ocean, most of the time the most evil animals are also the dumbest. the sharks are usually half blind, rarely courageous, seldom creative. they just swim around eating and shitting and fucking.

our pal keira-anne recently discovered that her loveliness had attracted someone who wanted to take a bite out of her. in fact this cowardly fish took it upon themselves to create a blog simply to talk shit about her.

typical. in fact if you cruise the blogosphere a little, you’ll see your fair share of hater blogs. they all have similar traits and rarely do they add anything to the conversation. they whine, they drone, and in this case it sits out there anonymously and tries to make keira feel bad… for being keira.

im no psychologist but typically when i encounter blog hatin’ and trolls, i usually take it as people who feel horrible about their own lives and desperately want attention. because they have little creativity and zero self-esteem they use their little computers to try to get in the way of someone minding their own business.

its juvenile and sad, pathetic, and unfortunately, unavoidable.

my best advice to people who experience the annoying trolls in their lives is to ignore them. what they want is attention, therefore the worst thing you can do to them is ignore them.

but because keira is such a sweet angel she chose to acknowledge the person sorta to prove that it aint no thing. which it aint.

we’ll see if that technique works. but usually in the blogosphere, ive noticed that when there is zero traffic the attention whores starve and shrivel up.

blogging should be about writing about things youre passionate about and sharing elements of your life that are interesting. keira is a wonderful blogger who takes us places that are beautiful and sweet. she and duane and miss 604 and the other bc bloggers have created a community that has taught me a lot of the vancity lifestyle which i was lucky enough to experience first hand.

maybe the hater is jealous by their world. maybe the hater wishes they had the guts to approach keira like a normal person. the sad thing is, there are very few people who i have met who are nicer than keira-anne which is why its so retardulous to come at her at any other way than with kindness.

but such is the blogosphere. sometimes.

instead of linking to the hater, how about revisiting the time the busblog interviewed keira-anne.