tampa bay are not world beaters. they are not even very good. they have some young bucks but so what. on top of that they play in the AL, which is like college baseball. in the college world series, much like in the little league world series, anything can happen: even jd drew deciding to show up. i give it a yawn. a good yawn but a yawn.

Bob D: What was the greatest baseball game that you ever saw in person? Do you like apple juice and apple cider or just apple juice?

when i sold hot dogs and beers at candlestick in 97 i saw a no hitter, an unassisted triple play and 80+ other games. but i never saw one really great game that i can recall. interesting question bobby d. i like anything apple except apples themselves. pie, cider, juice, sauce, anything. but it must be a bastardized version of the original. 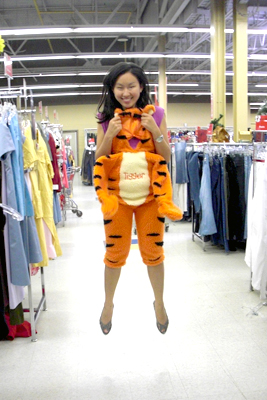 sass: So what’s the secret you used to score your dream job? And dream babes. And how are those 2 processes different?

the secret i used to score everything that ive ever wanted: dream job, dream babe, dream apartment, dream blog is to first dream it. think about the things that you want. think about it a lot. then dream out loud. if i had an archive on this blog youd see that often id write posts calling out the LA Times. id say things like “you should let me blog for you, im awesome.”

i also did that with babes, apartments, lifestyles, everything. first have it in your head, then talk about it a lot, preferably in public, then contact the people who can make it happen. i always wanted to blog for a living, i always thought i was a better editor than writer, and i always wanted to love what i did. it took a long time for it to happen, but it happened and i hope it happens for you and everyone else cuz its way different in real life than it was in my head: its better.

i dont know what bible youre reading but the only thing that gets you into or out of Heaven is the Grace of God. we’re all sinners, thats the bad news. the good news is Jesus died for all of our sins. that leaves salvation sitting on the fence. it could go either way.

Aaron: how do you follow a question about the heavenly [sensitive lady part]?

i usually follow it with an insightful question about love or war. but thats me, i see things in black or white. which might be a fault of mine. either i see much beauty or little beauty. either i see genius or failure. either i see overstatement or laziness. i know life has many shades of gray, but its hard for me to always see it. raymi sees many shades of gay which is why i heart her. Joe: Tony – What did you think of your employer’s cover story this week on the “decline” of Howard Stern? What is up with Northern California’s condescending attitude toward LA? Why such a bad rap for a great town?

my employer didnt write that story, a coworker did. sorta a big difference. anyways, as would be the case in any company of more than 700 people who create thousands of articles and blog posts a week, its safe to say that i dont agree with all of them.

im a huge fan of howard, the show, and satellite radio. i disagree that he has lost his mojo, his edge, his audience, or whatever you want to look at (and many of our readers agree with me). also, before he left for truly uncensored radio he had the #1 show in several major cities around the nation. a feat he had accomplished for a very long time.

anything compared to that going to pale in comparison when you charge people money for something that they can get for free. but what the article left out is the fact that before howard was signed less than a million people subscribed to Sirius, and now millions of people do. somewhere around 6-8 million. now after the merger, howard has a potential of double that. infact right now anyone who buys a new car has the option of listening to howard stern in that car because every new car has either Sirius or XM. no talk show host on terrestrial radio has that potential. meanwhile, what hot shot filled the void on regular radio when howard left? no one.

therefore i think that what howard has done and is doing is pretty amazing. which is why i think it was foolish of him and his people not to talk to the Times when they were trying to do that feature.

Ali: With so many businesses closing up shop, what does that mean for our beloved concert venues? Crash Mansion, Safari Sam’s…what next?

i never went to Crash Mansion, however Sam’s was in walking distance from my beautiful home. seems to me that there are more than enough places to see new music in LA. im not real sure how i feel about Club Nokia because i really like seeing shows at the Orpheum and the Mayan when im downtown. i dont really think i need a new venue downtown thats all fresh and clean. i like it grungy. but whatevs, rock will live forever in LA. im sorry that sam’s moved or closed or whatever, especially since he went though hell to get that club open, but times are very competitive out there particularly since new music isnt as good as it once was. Sarah: What’s the secret to your young face?

timmay!!!!!: when are you coming to san francisco?

for work i need to go up there very badly. i need to meet with google, twitter, digg, reddit, six apart, yahoo, flickr and several others. but it doesnt look like that will happen any time soon. maybe first quarter of next year.

Alys: Unicorn vs narwhal!! Who wins and why?

unicorns are wimps which is why the dinosaurs ate em all. so narwhal forevers.

4rilla: Joe partially stole my question. I was also wondering about the LAT Stern story and the blowback from Stern ranting about it many times this week, Steve Langford calling LAT HQ. What is with the LAT attempting to buy terrestrial radio stations? etc… Also from Boston it certainly seems that TJ Siemers was put up close and personal with ManRam during his time in LA to be his personal PR mouthpiece to tout his value to LA fans and pressure the Dodgers to resign him. Thoughts?

the LAT is definately not trying to buy any terrestrial radio stations. i dont know where that rumor came from. as for Manny and TJ, anyone who has read TJ knows that he would love a guy like Manny to write about every day. however i dont believe that GMs or owners can be pressured by newspaper columnists to spend millions of dollars on aging sluggers.

i wouldnt be surprised to see Manny get signed by either the White Sox or the Cardinals.

Sharp (aka Azreal Darkskies): It’s my birthday today. What can a fellow Libra do to stay awesome?

read the bible a lot, be nice to people, and tap into the creativity inside every Libra.