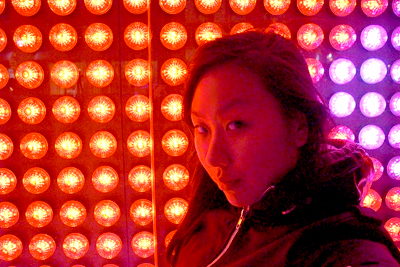 busblog: if you would be so kind, could you email me the answers to the questions the kids posed to you?
sass: I’m on the bus right now won’t be home for another 4 hours
But I’ll email them to you then
Can’t view your haloscan from the BB
busblog: fair enough
enjoy the bus molsen golden! 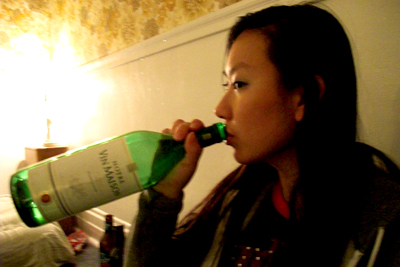 Chris Carnaghi: You are in the Super Market and you see some guy is checking you out. You can see his obvious glances and you know what is coming next. What is the best way to approach you to ask you out. Not in general but for you. The caviat is, yes you think he is hot and you want to be asked out by said stalker.
sass: Say “Hi I’m _______. What’s your name? Can I take you out sometime?”
Cuz if yer hot and I clearly want you to ask me out just cut to the chase.
And if you’re actually a dud then I can say “No” and we can move on. To seperate aisles.

andrea: What kind of cookies should I bake for Christmas? I’m baking for about ten.
sass: Chocolate chip, you can’t go wrong with chocolate chip. But you have to buy really awesome shaped cookie cutters. 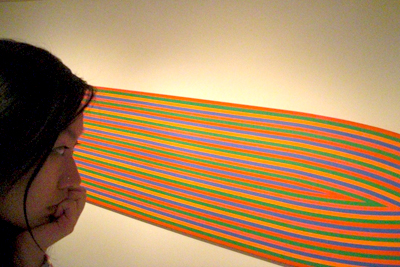 Liu Yanan: what’s your dream?
sass: Well last night I dreamt that I was in the basement stock room of American Apparel and some kid came down there and stole a backpack full of socks.

busblog: what do you think that symbolizes in relation to yr life?
sass: That I work at American Apparel and I didn’t have enough socks because I had to wear 2 pairs at a time in Montreal cuz it was that cold.
Duh. saw this and thought, how is this possible? how is it legal?

dont they know little girls go into such stores?

am i really gonna have to put my daughters up for adoption?

even the adopted ones?

what if i was a proud parent and today i got a list of things they wanted “santa” to get them and on the list said “and omg anything from the NARS Orgasm Collection!”

not only would i say no baby youre not getting one damn thing from any orgasm collection, but the concept of burkas are suddenly seemingly more appealing.

believe or not but this: is not from the orgasm collection.

you dont even wanna know how much that stuff cost.

two things caught my eye at the department store, which was next door to the makeup hobaggery: a tshirt that cost $70 dollars. yes, during a recession/depression such a shirt exists what world do people live in where they can afford $70 for tshirts and $189 for jeans? who ARE these people? what jobs do they have?

sometimes i forget where i am sometimes last week i spent $25 on a pair of jeans at the Obey outlet sale and i had to think about it for a few minutes. what goes through peoples minds when they consider spending what should be considered enough for a new car for a new television.

shouldnt you flinch at such a price?

because if dont i really need to get back into selling televisions. as i blogged earlier, karisa suggested a few friends should go ice skating then there was fondue had to get the bad christmas music playing in the tv we built a gingerbread house then set it on fire an angel came down to canada and gave us the lovely ali who for a short time was named suzie. even in the bible peoples names changed so why should blogging be any different?

needless to say new years eve or coachella or santa barbara wouldnta been the same without our hippie girl from another world.