Lindsay: left you some presents on the blog
me: oooooooooooo. what could they be? hey – pics! thanks!!
Lindsay: I’ll be taking special requests all week seeing as I will be officially unemployed as of tomorrow afternoon
me: hmmmm. does bro read your blog?
Lindsay: i’m not really certain. i don’t think so but who knows. he has mysterious super powers.
me: do you care if he does?
Lindsay: not particularly
me: ok here are some requests – a tour of your bachelorette pad, a fashion show, an update regarding the puggles, and a retrospective about why you were with bro and why you left. also, what would you do if the architect came back. also, how you really feel about the xcon
Lindsay: those are all fantastic

me: whats taking these employers to hire you, i thought you had your 2nd interview weeks ago
Lindsay: no, 2nd interview was today,1st was last tuesday. this is fast compared to my other experiences. i’ve interviewed with 7 people thus far.
me: whoah. whats the company?
Lindsay: promise you won’t tell?
me: promise!! vikings??!? twin/tone? al franken for senate?
Lindsay: http://www.kumandgo.com
me: none in LA :(
Lindsay: big in the midwest and arkansas, which would be my territory
me: web development?
Lindsay: yep

Lindsay: are you still dating that cheerleader i met?
me: sometimes. to piss her off i call her “the cougar” even though shes close to half my age.
Lindsay: so mean. and here i thought she was really a cougar. how do you get these women?
me: if you havent figured out by now, i dont really pick them as much as they pick me
Lindsay: well yes I suppose, wouldn’t that be nice. I am jealous
me: jealous of nba cheerleaders who read yr blog, email you, and then bore you on dates?
Lindsay: no silly, of not having a following of dudes that eliminate my need to exert effort in the dating arena
me: well. something tells me if thats what you wanted, you could have it pretty easily. although i woulda said the same thing about danielle and sass, theyve had zero luck for way too long

Lindsay: men are not as easy as women make them out to be. you think I could have kept the billionaire happy by cooking, cleaning and dressing up in really expensive lingerie…but no, not enough
me: all you did was dress up? there wasnt anything more?
Lindsay: ok, so I took it off too
me: ahahaha
Lindsay: like three times a day every day
me: but no sex?
Lindsay: that too, three times a day every day
me: hello. yeah, effers crazy. what more did he want from you?
Lindsay: i needed to be skinnier, prettier, nicer, smarter, etc.
me: !!!!!

Lindsay: he’s clearly delusional. and i just simply gave up trying to meet the ever increasing standard.
me: how long had you known him before you started dating?
Lindsay: about a year and a half, maybe two years
me: during that time did you see him date girls better than you?
Lindsay: no, they were all umm, how do I say this, not cute at all? and they didn’t have jobs.
me: does his friends have hotter gfs/wives than you?
Lindsay: no
me: then who was he comparing himself and you to?
Lindsay: the movies?
me: ahahahahaha. porn movies i hope. cuz youre ten times hotter than jennifer anniston Lindsay: unnecessary compliments! besides i was thinking he and i were more like angelina jolie and chris farley in a hypothetical movie never made
me: aaaaaaaahhhhhhhhhahahah. hopefully you laughed a lot in your time together
Lindsay: it wasn’t all bad, just mostly the last 6 months
me: please tell me you kept the lingerie
Lindsay: closets full of it!
me: hmmmm what on earth do i want for christmas. I KNOW!
Lindsay: well good thing i will have all of this spare time to go to the gym. i hear danity kane is looking for a new member
me: you dont wanna learn those dance moves. the group to be in is the one with ryan starr

Lindsay: hahaha awesome. i’ll have to come up with an amazing hollywood name first
me: the only reason i wanna come out with a new blook, is to reintroduce the name i gave my last gf, Shhhhhh
Lindsay: that seems like an excellent reason. and the name is….?
me: i just told you!
Lindsay: shhhh?
me: yes, isnt it great?
Lindsay: and how does one get a name like that?
me: be a very shy really cute and pretty much angelic.
Lindsay: it is all coming together now

me: what other good things did you get from the divorce?
Lindsay: the dog, free sex if I want it
me: you had the dog before! and the sex!
Lindsay: soo, yes, pretty much nothing has come of the divorce. i need a new lawyer
me: well you got freedom. i was very nervous you were going to be married, and an unhappy bride at that
Lindsay: i was nervous about that too. i had to talk him out of proposing three times
luckily his parents hated me, so that put an end to marriage talk towards the end me: why on earth did they hate you?
Lindsay: oh! this is funny. i can’t believe ive never written about it. mostly, they hated me because i was too independent, had too many opinions, cared too much about my career and education, and was not subservient enough.
me: wtf with this family!
Lindsay: they should all be committed or at least subjected to therapy
me: everyone wanted you to just Obey chris farley? insanity
Lindsay: pretty much
me: did his mom just obey his dad?
Lindsay: yep, the woman barely ever said a word.
me: wow
Lindsay: they still live in 1955
me: the best thing about that year, angus young was born 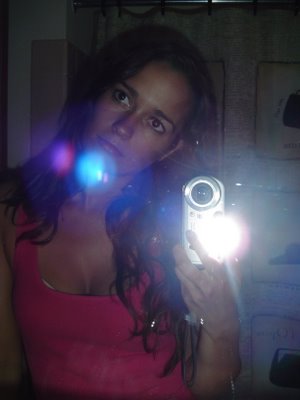 me: ok so why did you even stay with him for more than a month? it sounded horrible
Lindsay: well it wasnt always so bad. he is the nicest person on the planet most of the time. but he is just so screwed up from his family life. but he always expected something for being nice
me: he figured if he was being nice then he could demand that you be his little bitch/ho?
Lindsay: pretty much
me: did he really think that would satisfy him in life?
Lindsay: deep down, i don’t know. but his family tried to convince him that being able to control his wife would make him happy
me: he should get some mailorder russian girl who wants a green card or something, or would the fam look down on that too?
Lindsay: no foreigners allowed
me: well… theres girls for him out there
Lindsay: his last two girlfriends fit the bill perfectly
me: did he get bored ?
Lindsay: yep!
me: then hes a dumbass. he knows the formulae doesnt work, he has the hottest girl in america underneath him and he cant figure out to let it be
Lindsay: i’m not waiting around for him to resolve his internal dilemma. I prefer hottest girl in this zipcode, you never know whats out there
me: you, lindsay, are the total package. and the hottest part about you cant be worked on in the gym
Lindsay: you’re too sweet, now I am blushing
me: awwww. i hope you find a smarter billionaire next time
Lindsay: i’ll settle for a smart anything

me: you went to the rnc convention parties, right?
Lindsay: yep
me: any cute smart men there?
Lindsay: they were all very lame. and just stared at my boobs
me: ahahahaahahaha
Lindsay: i do best with the really laid back type. so maybe i need to visit an artists colony or something. or date a dude in a band
me: not sure about a dude in a band. do you read Sass’s blog?
Lindsay: of course
me: doesnt sound like her band dudes are that laid back
Lindsay: true
me: but theyre also yuppie rnc types

Lindsay: maybe jason mraz is single, he seems laid back
me: cant say i know his work
Lindsay: oh its terrible
me: ahahahaa
Lindsay: like if john mayer and jack johnson had a baby
me: yikes. you just like him cuz hes hot
Lindsay: no, he isnt. he is just kind of quirky
me: have you heard of josh ritter?
Lindsay: nope
me: he was the nicest musician i ever met. had this private show at Virgin hq, and after he signed your cd hed hug you
Lindsay: no kidding?
me: i was all, this guy will sell 7 cds in his entire career. fortunately i know zero about music and hes turnedout to be mildly successful
Lindsay: too bad he isn’t cute enough
me: but quirky!
Lindsay: true, i’ll put him on my list alongside my pro hockey player

me: oh i know who you want. btw – the cougar in her natural environment
Lindsay: who do I want? oh she is really pretty. she has a very friendly smile. wait, is that against the t-wolves?
me: yep. last year. ok im searching, i cant remember his name. hippie dude
Lindsay: hmmm, i dated a hippie once
me: how did it go?
Lindsay: ok not great
me: yr new man

Lindsay: hmmm this could work
me: “some songs i cant sing, i draw“. just broke up with natalie portman in sept
Lindsay: thats why he looks familar. natalie portman is pretty much my idol, so that would be hard to live up to
im sure hed appreciate being with a woman after effing around with a little girl
Lindsay: possibly, unless he is into little girls
if hes really a hippie he was just going with the flow
Lindsay: regardless, i will begin stalking him
me: ahahah perfect!
Lindsay: new blog topic! i will write him letters
dont forget to include pics!
Lindsay: pics for sure. i better get to bed, i have to go into work tomorrow to take down all of my audrey hepburn posters
me: ahahaha

how will Lindsay fare as a single girl in the midwest, billionaire-less? find out by following her on her blog: etorre.blogspot.com