Keira-Anne: My question: you don’t actually think you’re a bigger Jenny Lewis fan than me, right?

from what i remember you traveled to a totally different country to see Ms. Lewis play. i havent even see her play once live. my problem is the way i was introduced to her. i was working at a terrible job and i had this very loud obnoxious coworker who went to every Rilo Kiley show there was. she was clearly superfan #1 (and obviously on to something far before anyone else, so props to her but still). i cant remember if i liked any of the other music that she was into, but i doubt it because i never gave RK a chance and didnt like Moneymaker when it came out.

the thing that got me into Jenny was seeing her at Coachella. theres something about that country twang of that solo record that made everything go down easier. now i feel bad that i missed all those Watson Twins shows i was always being invited to. see Keira, move to LA and you can take advantage of all the shows i (ignorantly) pass up.

xTx: sorry about your toof. My question: Today I will go on a birthday pub crawl…how drunk will I get?

timmay!!!!!: can you send me the leftover meds?

curious things about me and pills – they dont mix. when i was going through my bout with carpel tunnel, and before that, kidney stones, i found myself with mason jars filled with Vicodin and the like. one day a pretty girl was digging through my medicine cabinet and i heard a thud. it was her jaw. she said let me give you Anything for some of these pills. i was all, baby please take them. all of them. they just give me headaches.

that woman is now my wife.

the meds i got today for the wisdom tooth include: antibiotics, multivitamins, and vicodin. while i was waiting for the order to be filled i noticed that they were having a sale on vitamins in the pharmacy: buy one jar get another jar free. as you know im a sucker for deals so i got some fish oil pills that i’ll never eat and some shark fin pills that i will pretend will make me taller. so yes you can have all the leftovers that i have. but right now i am in slight pain and my hole is still bleeding a tad. casie stewart: how many teeth pulled? it was the middle of summer and i had 4 taken out. my face swelled up like a huge balloon and when i went swimming all you could notice was my 2 big round boobs and 2 big round cheeks. good luck!

just one. but man was it a doozy. about a year or two ago i had the worst pain in my upper left side of my mouth. i toughed it out and the pain went away. then two months ago i bit into something and the tooth broke. when i went to the dentist he said it was a wisdom tooth that had died.

today when they tried to extract it it broke in a million pieces. so the dude had to go in and yank out all the pieces that were hanging on to dear life. because they were so little he couldnt yank, he had to use the curvy pointy thing and get under them and pull them out. omg so fun.

DShan: how many girls do you think you’ve kissed cuz of the busblog. you can round to the nearest factor of ten.

kissed? probably 10 without rounding. but you have to remember i started blogging when i was 90something. plus im a total letdown in real life.

JaG: Why do you think I’m afraid to come to LA?

i think you know that youd fall for me when you saw me in my natural environment. and since you know id never (permanently) move to holland, youd be tempted to turn in yr wooden shoes for stilettos and youre afraid what that choice would involve. but im glad youre blogging again – keep it up!

Steven Allen Adams: What should I drink this weekend?

in the summer i like lemonade in the mornings, sam adams summer ale in the evenings, and margaritas after hours.

zona: why is that?

if youre referring to why is it that i totally called Ricky Rubio the player to watch and then he totally shut out Tampa Bay and then beat the Yankees and is now 7-3 with an ERA under 3? its cuz the only thing i know more than blogging, its americas pasttime. 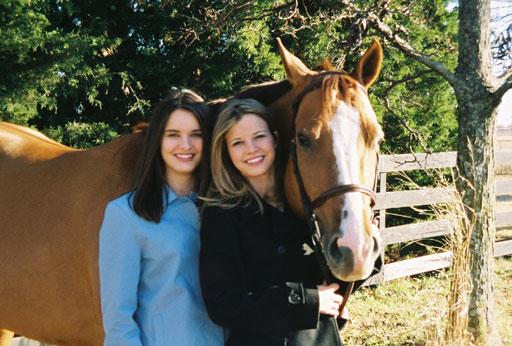 Smelly Danielly: Are girls hotter with long hair or short?

girls think bobs are cute. girls think short hair is cute. girls clearly dont go to strip clubs. at strip clubs all the ladies have long hair. in slow motion moments of great films you always see the secretary take her bun down and flip around her long flowing locks and toss away her glasses. cant do that with a rihanna ‘do. i know youre married now, but yr not dead. give your man something to think about during hockeys off season.

Will Campbell: I had a question but it got beat up by a mental image of Casie’s two big round boobs ‘n cheeks and it won’t get out of my head. Nor do I want it to. Next!

canadian girls in general are distracting.

vinny: Did you watch big brother and if you did who is your pick to win this season??

i did watch BB. i even order the live feeds but i havent watched them tonight cuz i wanted to get to this because im pretty sure im gonna be sleeping all day tomorrow. i never know who is gonna win these things. but i will tell you who i like: i like the tattooed girl who busted with the neglige on the second day. i like the ditzy blonde. and i like the gay guy who totally called out the karate chick for lying about being 18. rarely do i like the first episode of BB, but i love this group.

adriel: love the video. do you know of anyone who moved around a lot as a kid and didn’t hate it? most people i have talked to didn’t seem to like it. but i think i would have loved it.

most kids dont like moving around “a lot”. but most kids dont mind moving around “a little”. if your plan is to marry a circus clown or professional baseball player then yes your child will probably get annoyed. if your plan is to get the heck out of Iowa, then something tells me your little fella might just love you even more than you ever thought. which isnt a diss on iowa, as im its sure its a great place to raise kids. but come on.

on the other hand, ive lived in LA for a very long time. its probably the best town on the planet next to isla vista. and there are lots and lots of kids who grew up here who were not happy. however, id say thats probably because their parents were no good as opposed to issues with the city. so since im positive youre a great mom, it probably doesnt matter where you move or live. just keep being rad.

Mike: Should I keep growing my hair out or finally get it cut? sub-question, what should i do if i get it cut?

keep it growing. and if you cut it you should give your girlfriend your pants because shes clearly calling the shots in your life.

top photo of keira-anne, middle photo of kristin and her sis back in the day