karisa loves kathy griffin – who knew? last week she was all, are you gonna be in town thanksgiving weekend? i was all yup. she was like would you go see kathy griffen with me thanksgiving saturday?

turned out the d-lister had a friday and saturday show at the Gibson (formerly the Universal Amphitheatre) so i got to try out my theory that any time there are multiple dates at one location people literally give away their extra tickets for the second show.

karisa wasnt so sure about this theory and insisted that we show up at City Walk early. we get there and theres a long line. ruh-row. i asked the dude in the yellow jacket what the line was for, if it was to buy tickets. he said nope, that huge line is to redeem vouchers for free tickets, then he pointed to the empty line to buy tickets. karisa asked him where do you get the free tickets? he said he didnt know.

so we walked around City Walk to see if someone was passing out free tickets. no such person. so we split up and i went back to the long line to see what i could see. one guy offered me pit tickets for $50 each. hmmmm. no thanks. then this lady overheard me asking other people if they had extras. she had a little girl with her. translating.

thurdy dollares each, she said. i looked at the tickets to see if they were for the right date. what does COMP mean? i asked the lady and the little girl.

how about 20 for both, i said. total. the lady scrunched her face. as i was leaving she said ok ok. and i gave her the money and we then ate sushi at what was advertised as the best sushi place in LA. ha.

kathy was funny as hell and we got a little tipsy and karisa was all lets try to meet her. so we went to the back stage door. they were letting people in. this one guy was waving people through. so i joined that pack with karisa behind me. one guy with a clipboard said “hes not with our group. AND NEITHER IS SHE!” but rule number 1 of sneak club is ignore all haters.

we breezed through like it was a state dinner and drank some free drinks, met kathy, took some pics. afterwards karisa tried to hotwire a tour tram. and i left my cell phone in her car. of course. 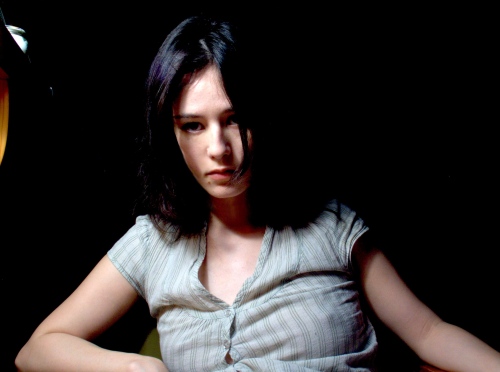 but heres the thing. im drunk. so drujnk that no on3 woukld believe me as being legit
\
when i say i heart this mom / sorta wife / killr blogger, etc

heres her blog tel me you dont love her toooooooo