i said go outside, i sprinkled some cocaine on the hills behind downtown 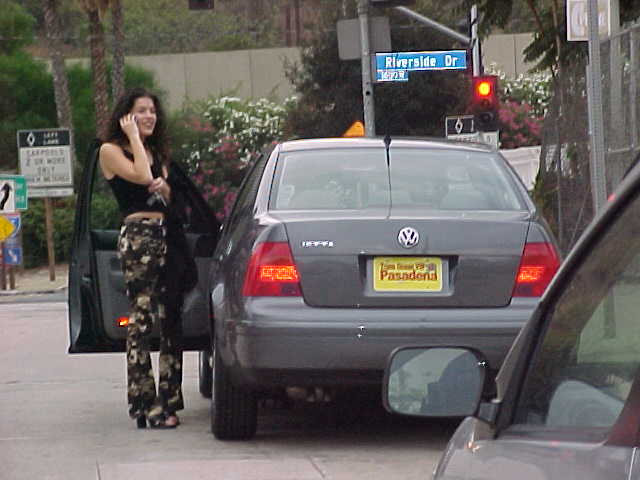 crazy thing about jeanine, is even though we only lived together in sin for a few years, i have probably told more stories of our love than any other person.

others have been inspiring, but something about this girl made it ok to write about and be creative about and share with the world.

maybe its because thats how jeanine is. she may have started out quiet and shy and locked up, but santa barbara and then prague and then frisco opened her up

in a major way.

and perhaps being all bottled up for most of her youth made her realize that thats not the path. so the last thing shed wanna do is stifle people around her from writing about the days of our lives.

for like sands in the hourglass, every moment tells a story. this is probably my favorite picture of jeanine. we were in maui.

i had just gotten fired at Sears. backstory: i was a recent college graduate and i had decided to stay in Isla Vista to wait for jeanine to graduate ucsb. so i got a job at Sears selling tvs, i was the top salesman, but id ask to leave every day at noon because i sold so much by noon that it was “enough” commission for me, and i just wanted to go home to jeanine. and/or go fishing.

so my boss decided to “do me a favor” and fire me from Sears. when i told him i had this trip to maui planned and paid for, he said, oh im sorry, do you wanna wait till you come back, work for a few weeks, then i will let you go after a few weeks?

i said, nah, i’m gonna be depressed. may as well be depressed in maui with my girlfriend.

when we got there all i wanted to do was stay in the room and be naked and drunk. but jeanine wanted to go out and, you know, see the beautiful environs of freakin hawaii! i reluctantly agreed and one morning she woke me up super early and said come on we’re gonna drive up the super huge volcano called halakalalala. i was mr grumpy mcgrumpster the whole trip up that crazy mountain and when we got to the top, the place looked nothing like how i ever imagined itd look.

and jeanine looked so happy.

and fresh is the only word i can ever think of.

and i said i love you bay bay, which is what we called each other.

and she said i love you the bay bay, which is what she called me

and i said {way too dirty for a nice birthday rememberence}

which was an inside joke

and i said lets make love right here on top of this lunar landscape in front of God and everyone.

and this cow approached.

later she would take photos of the cow, and all the cows friends.

and much later we would eat one of that cows relatives.