in fact id say im probably more ok than most with most things.

to the point where if i got mad, most people would say, yeah i could see where thatd piss him off.

saw a guy get poked in the eye Good last night at the gym.

that guy wasnt mad cuz errryone knew the other dude didnt mean it.

but the dude said my bad and all was well.

our time here is so limited.

i say we soak it all in.

and focus on the hot,

not sure if she likes this tune as much as “drug buddy” but its a shout out to her.

and to regis, as we count down the last days he has on his show.

but it’s worth it to watch Snoop’s “secret ingredient”

not at all looking forward to the super bowl, btw 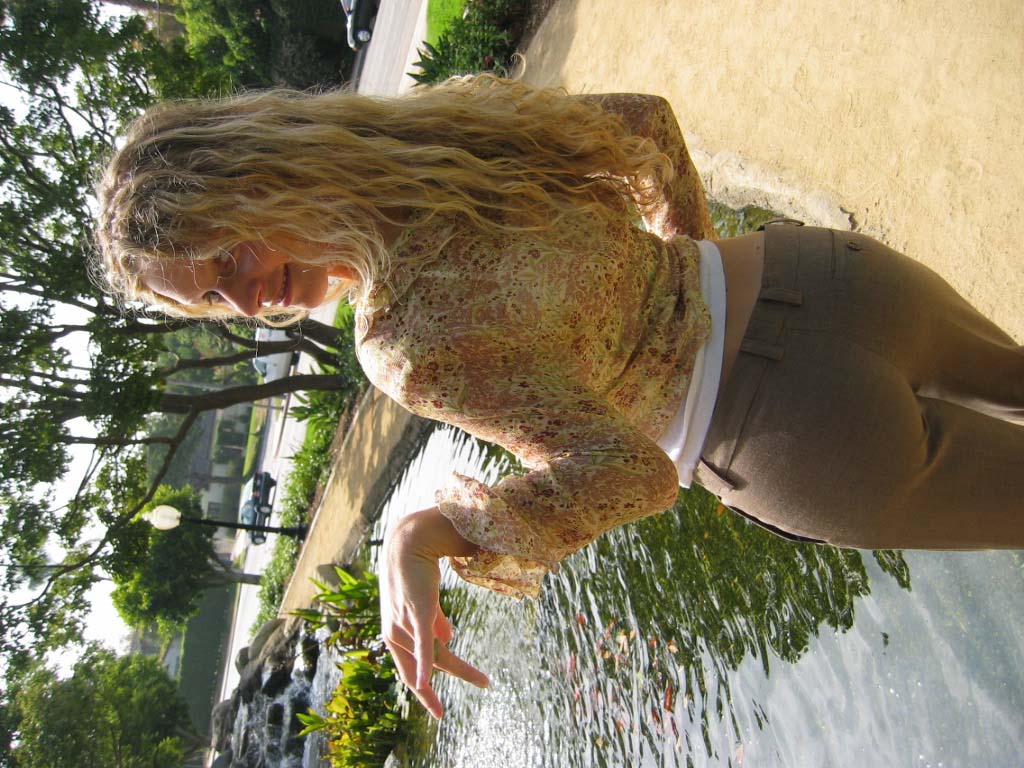 From her always passionate blog:

I am also not the greatest, purest, or downright kindest human being to exist
I am willing to admit that after all.
There is a philosophy meandering out there that lays claim that we
never grow out of high school and well I was home coming Queen
pretty, popular, and most likely a b[eeyoatch]
All of which truthfully I am today.
To be flawed, selfish, and full of feelings is to be human.
I am that. Just one human being on this planet trying to be
trying to meander herself through this crazy world
full of other peoples’ baggage and my own
that even I, blessed with the brilliant intuitative mind that
I have, cannot understand. However, if there is one aspect to this craziness
that I get is the tragedy of love.

Do you know that Danielle and I have known each other seven years now??? saturday i was served a delicious giant spicy fish

sunday i read the weirdest things in the bible. Song of Solomon 4:1-6

How beautiful you are, my darling.
How very beautiful!
Behind your veil,
your eyes are doves.
Your hair is like a flock of goats
streaming down Mount Gilead.

Your teeth are like a flock of newly shorn sheep
coming up from washing,
each one having a twin,
and not one missing.

Your lips are like a scarlet cord,
and your mouth is lovely.
Behind your veil,
your brow is like a slice of pomegranate.

Your neck is like the tower of David,
constructed in layers.
A thousand bucklers are hung on it—
all of them shields of warriors.

Your breasts are like two fawns,
twins of a gazelle, that feed among the lilies.

Before the day breaks
and the shadows flee,
I will make my way to the mountain of myrrh
and the hill of frankincense.

cant wait to bust that one soon: baby your hair is like a flock of goats. good book says youre supposed to stay away from mediums.

but in creepy ways im seeing some odd patterns that both fascinate and frighten me.

sure enough, todays been moist.

for my next trick, i predict i do some wii yoga tonite

but how they gonna top this?

i can understand why kurdt did what he did, and yes court tries to overshadow him on the second tune,

but man it would have been nice to have heard them sing together more as they got older.

slightly related, im not sure a day goes by where i dont think of that dude.

you could go to chile as their longtime drummer decides to become a baker

10. With heavy hearts we announce that Alana Skyring, cutest drummer in rock, has left our band to pursue the culinary arts (or in other words, to become the cutest baker in baking). We wish her the very best of luck.

9. John & I will continue on as the Grates & have whole bunch of new songs to share with you very soon.

8. We’re in the process of recording them all now, in Brooklyn NY, and can’t wait to bring them back home.

5. The Grates have been based in Brooklyn for the last year.

4. It’s been an interesting period for the Brisbane band as they relocated to the USA, saw a change in their line up and began work in earnest on their next record.

3. “Brooklyn has a persuasive & inviting community spirit. Being surrounded by thousands of artists finding pleasure in their creations definitely re-energised our spirits in writing a new record.” says frontwoman Patience Hodgson of the move.

2. The Grates will continue as a two-piece, recruiting talented renegades along the way for recording and live performances.

1. The Grates’ highly anticipated new album is due out in June 2011. and were sadly disappointed.

problem is it appears that the band is way too successful (maybe due to the fact that everyone, including me, is starting to interview them). plus the echoplex just is a tough place to enjoy a rock show.

heres why i say those two things.

first time we saw this band was in the cozier confines of Spaceland where ive never seen a bad show.

the band was able to move around the crowd that was at about 50% capacity of the club.

the echoplex feels like its twice the size but its shaped unusually with a weird divider in the middle of the room. but because so many people are now tuned into the band, they surrounded it like honeybees to a queen.

their pulsating masses were heaving against the Israeli trio in a loving, celebatory manner but because Monotonix refuses to play on a stage you couldnt see them. instead you were forced to only hear the music which even its leader says isnt all that.

thus all you get as visuals are feet flying from crowd surfers and the racket of “music” being shot at you from a myriad of speakers and amps.

so we bailed and drank and stared at each other and tried to fill time.

beforehand we ate at this vietnamese joint, a stretch for me because, as i wrote in todays health piece in the times, i try to be cool when im out with a young lady, and needless to say i am a stranger in a strange land at a vietnamese restaurant where i dont know one item on the menu from another.

somehow the stars aligned and all went right.