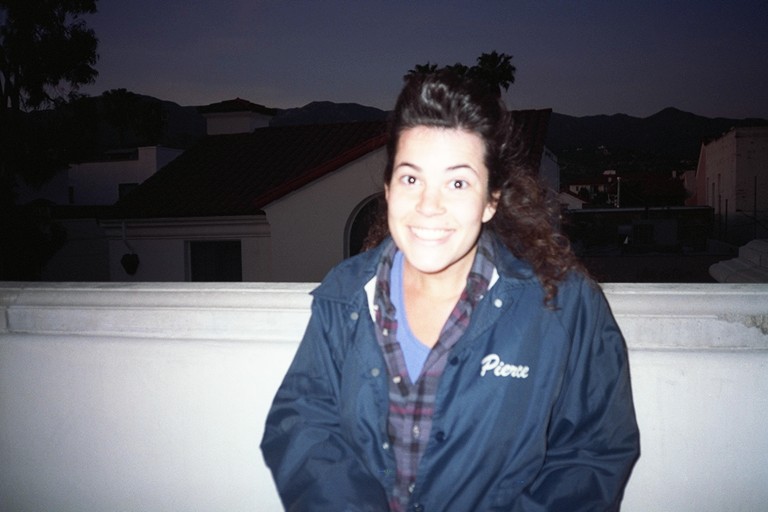 today is the birthday of one of the sweetest girls you’ll ever meet and i love her so.

jeanine was born in hollywood on this day about one block from where i write this.

we met in the newsroom of the daily nexus and she had long hair hiding her face and a blazer to hide her figure.

then one day it rained, i had just been stood up by a girl and i was depressed. i wanted to sing a hank sr tune. there were guitars all around me but i couldnt play them. i remembered that jeanine said she was a good guitarist so i called her and said ok fine no more dates, but can you come over and show me how to play the guitar?

she came over, she picked up a guitar and rainbows shot out of her heart. 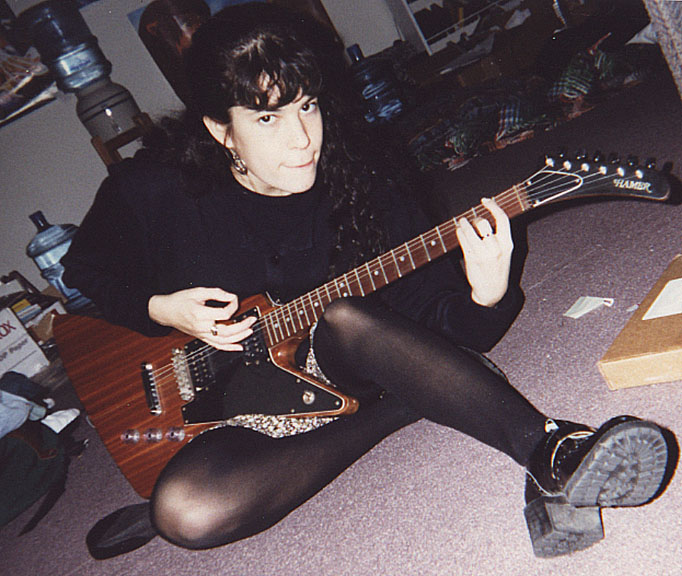 i was born again.

i said, i must have this girl.

so we arranged for a date that friday. i said imma get you drunk and make out with you so look out. i dont care how bad this date turns out.

thats mighty presumptuous of you, she said

just seeing into the future i replied.

back in the mean streets of chicago on the concrete jungle playground pavement where i learned how to play basketball, there was no better move than to be dribbling and telling your opponent what you were gonna do.

Cornbread, imma go to my right, catch a screen, drive the lane, spin and fadeway to end this game.

why you call me Cornbread? hed yell.

cuz you corny. and id go to my right, watch him get blocked by a screen, then id drive the lane, spin and knock down my fadeaway.

the pouter would say, you didnt call glass and mope home, referring to the fact that i used the backboard on my shot.

didnt call glass with todays birthday girl neither.  she called saying she wanted to do more than drink too.

she wanted to do some serious drugs.

well i was an editor at the paper. i couldnt be caught doing anything illicit so i told her that if she came to my house, id take care of her no matter what state she arrived in, and id be a gentleman.

around 2am she was having what appeared to be a bad trip on hallucinogens. isla vista can be a scary place at night if youre sober, but wasted, like that, it can be a nightmare. so i said, i know this sounds like a pick up line, but how about i take you back to my place, you can lay down, i will put on some good music and we can just fade into dreamland.

so i kissed her.

and she kissed back.

and we have not stopped reaching out and breaking through ever since.

tonight there will be gun play and ramen.