hopefully i was a smiler before you noticed a change, but i think id have to agree with you that funemployment agrees with me.

hanging with canadians will put a smile on your face. (try it!)

not wearing dress shirts and hard shoes definitely puts me at ease.

being wined and dined by fascinating companies ive never heard of is a huge (and much-needed) ego stroke.

and these last few days of getting free tickets to dodger games, cruising the coast to my favorite town

and then speeding through the desert to my second favorite city for a few days of all expenses paid consulting doesn’t hurt neither.

i do miss my old life, and friends, can’t lie.

but sometimes when a door opens,

a red carpet gets rolled out.

and its freaky as hell when its for dumb you.

and i said here

lamb falling off the lamb

i cant believe no one has ever raved about it.

so HERE I AM RAVING!

and streak in front of the Weather Channel cameras.

people who live on hurricane streets should not throw judgements.

is what we all should be doing every day, regardless of how much doom is in the forcast:

that the hurricane is so crazy that normal life currently doesn’t stand a chance.

how about this, how about instead of judging, you simply report.

“despite the strong winds and dangerous weather,

these people are turning their frowns upside down.”

to me, is a far more interesting tale.

the fact that it also happens to be true only adds to the story. there was a time, not all that long ago, when it seemed like almost errryone had a blog

and they were all relatively awesome.

two of the more interesting characters from the beach communities were Anti and Big Tanky.

and you dont realize how much you have missed out until you catch up with them,

as i was able to do the other day at Old Tony’s in Redondo Beach.

im happy to report that one of the webs favorite couples are still living a life of marital bliss a short walk away from the crashing waves with the happiest dog you ever met, a rescue named Lola.

we talked about bloggers of old and those who have made impressive comebacks.

and walked around the charming and odd boardwalk.

i know if i lived by the beach id be bffs with anti and tanky so it was nice to hear crazy stories and tell a few. but the saddest tale they told me was that Old Tony’s is on shaky ground as the pier’s lease with the city is about to expire and locals fear that the new lease owners will raise the rent so high that they’d be forced to shutter.

the easy reader news did a story about it last month that i found last night that made me feel a little less nervous about the future of the divey bar with the greatest view and ambiance.

Councilman Steve Aspel said the city would not abandon Tony’s. But he also said that in order for the restaurant to obtain a long-term lease, the Trutaniches would have to commit to major capital reinvestment.

“We made it pretty clear that anyone who comes in there as a master leaseholder, they have to negotiate with Tony’s first,” Aspel said. “That is going to be one of the deal points. It’s not like anybody is anywhere close to saying let’s kick out Old Tony’s….Now, in a perfect world, we’d extend their lease, but in my mind the only way we are giving Tony’s a long-term lease is if they commit to upgrades. We want Tony’s to stay the way it is but we also want to make it better.”

Aspel said many of the people protesting the Tony’s leasehold situation hadn’t been at the restaurant in decades.

“I always ask, ‘When was the last time you were there?’” the councilman said. “A lot of the people who love Tony’s haven’t been there in 20 years. They love it for nostalgia. We want to make it a moving operation, not just a place people say they had their first date in 1985.”

Now that I think of it, I get a little twitchy when people say  thinks like we want you to stay the way you are, but we also want you  to be better. As if I am not always trying to be better?

I hadn’t been to Old Tony’s in years, and I don’t know if it was just awesome to catch up with Tanky and Anti, but it seemed to me that Old Tony’s was even better than before.

if i was the new masterlease holder id say Tony’s dont change a damn thing.

i was all, if youre serious, have etienne deliver it to me they offered me a few bucks to do it because they know my current situation.

and to be honest i havent ruled them out of being part of the reason i have a current situation.

because as annoying as they can be, they do think things out, and usually work off a well planned script.

therefore twitter.com/busblog is where you should tune into.

terrible news today when the city of los angeles denied a permit to the non profit behind the 31 year old Sunset  Junction Street Festival.

a festival that happens in the City Council president’s district.

BFFs of the mayor.

And still its dead in the water?

longtime readers of the busblog know how important this festival is to residents of los feliz, silver lake, and east hollywood as it allows all the diverse cultures to intertwine over two days in a way thats subtle and beautiful. 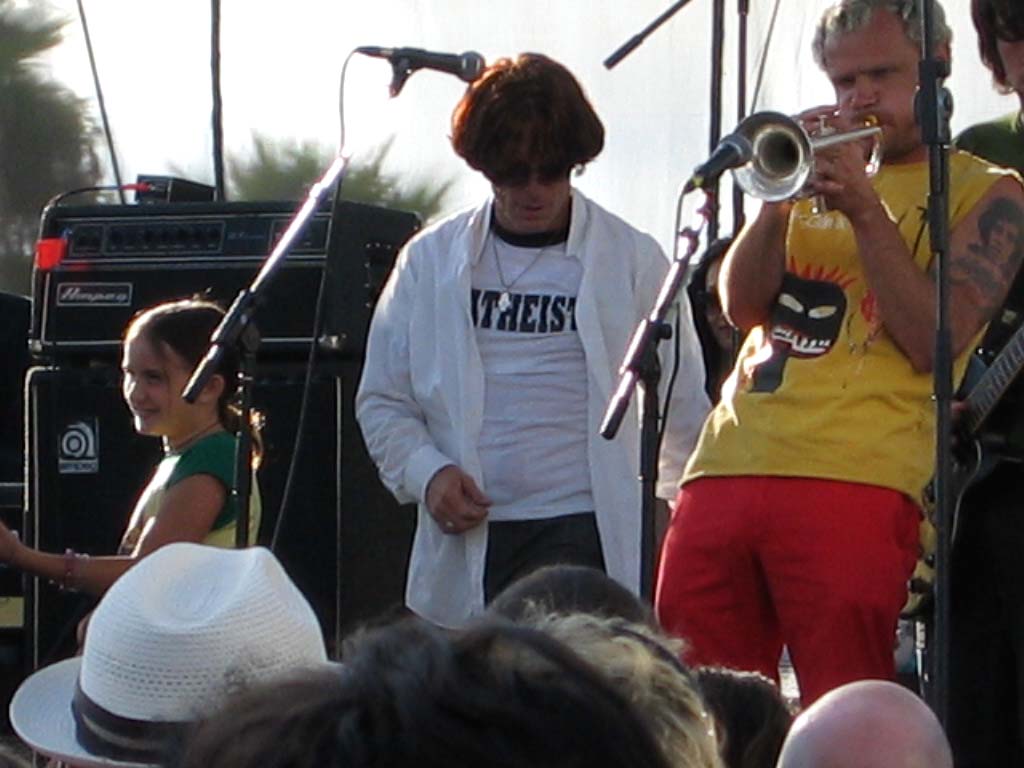 even though LA is overflowing with musicians, some of them even locals, it’s a surprising rare treat to see them playing outside at local festivals 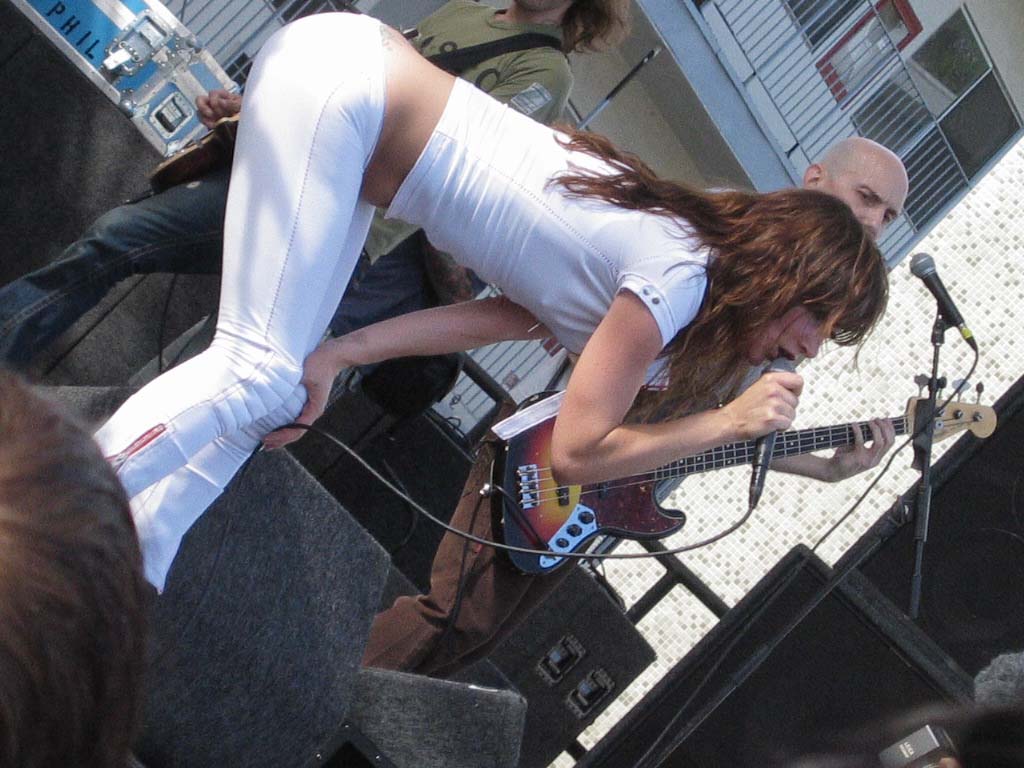 but that happens at sunset junction. 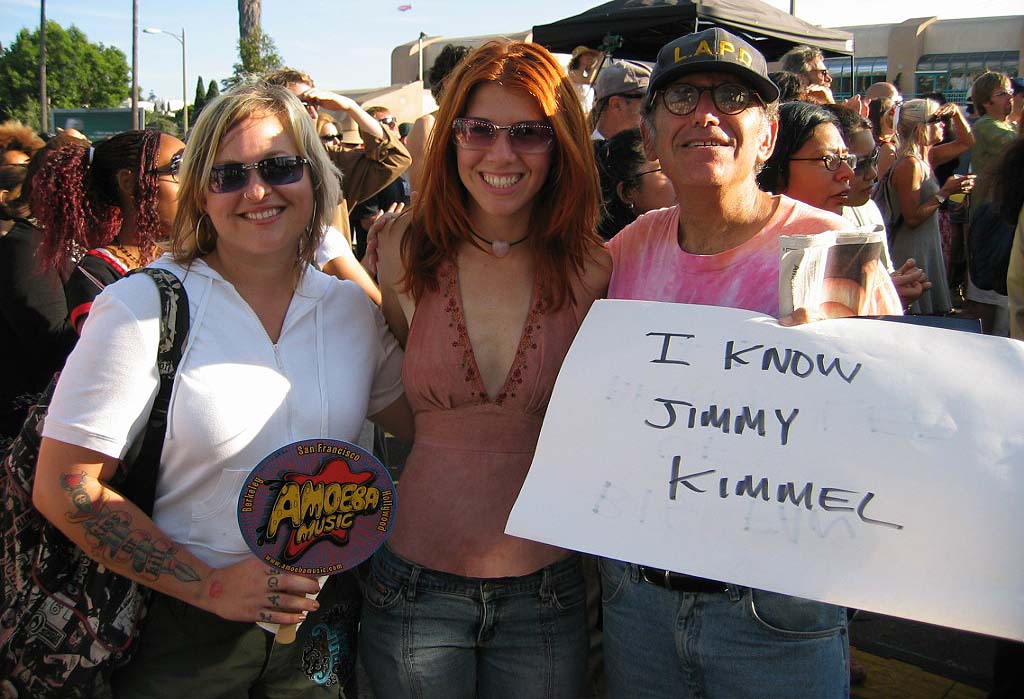 actually a lot happens at sunset junction. people eat chicken on a stick and hear reggae, people nibble on churros and browse for tshirts,

you can get a Hep shot there, you can meet people you aint never met before.

you can dress exactly how you wanna dress 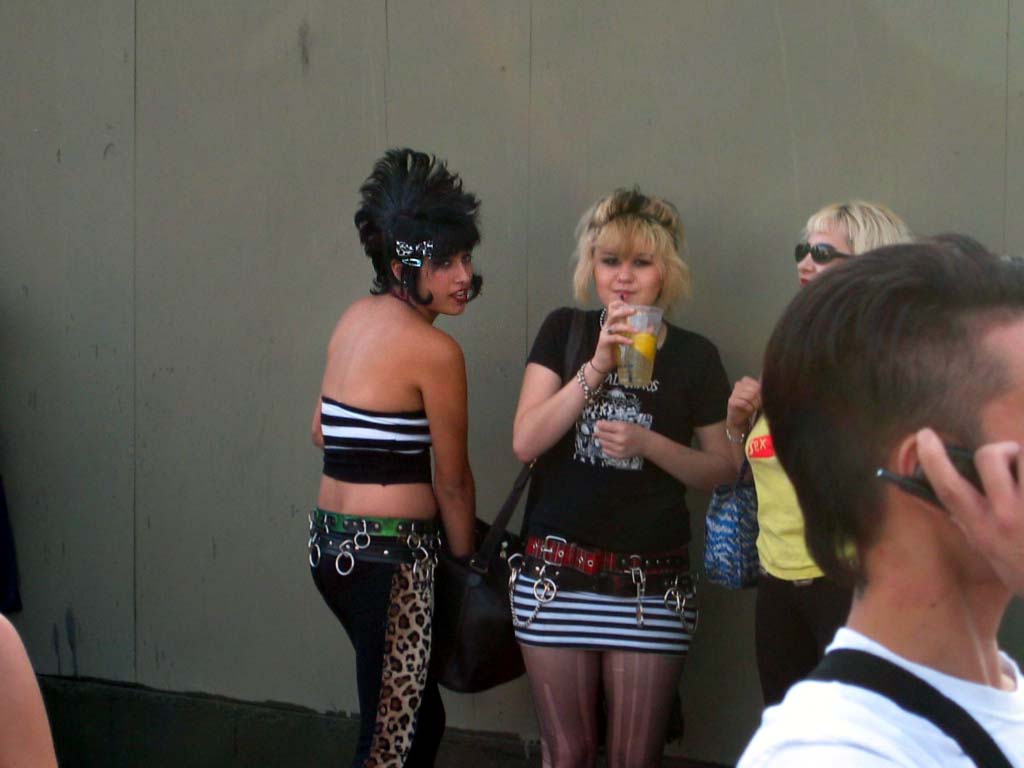 in a gang, retired from your gang, hipster, poseur, tourist, didnt matter, everyone was welcome, 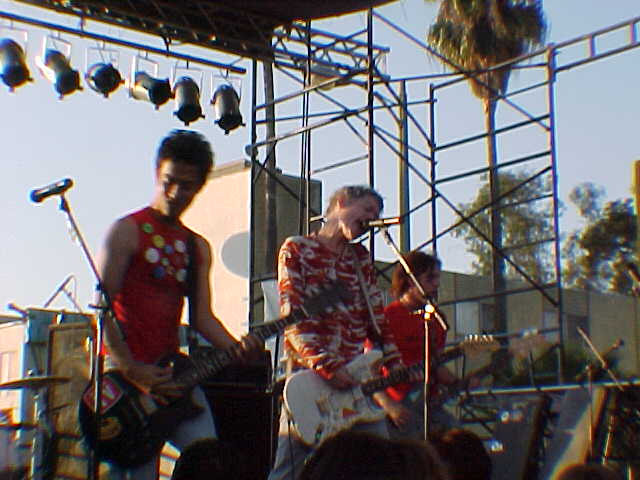 and everyone could play some carnival games and roam around Sunset Blvd. 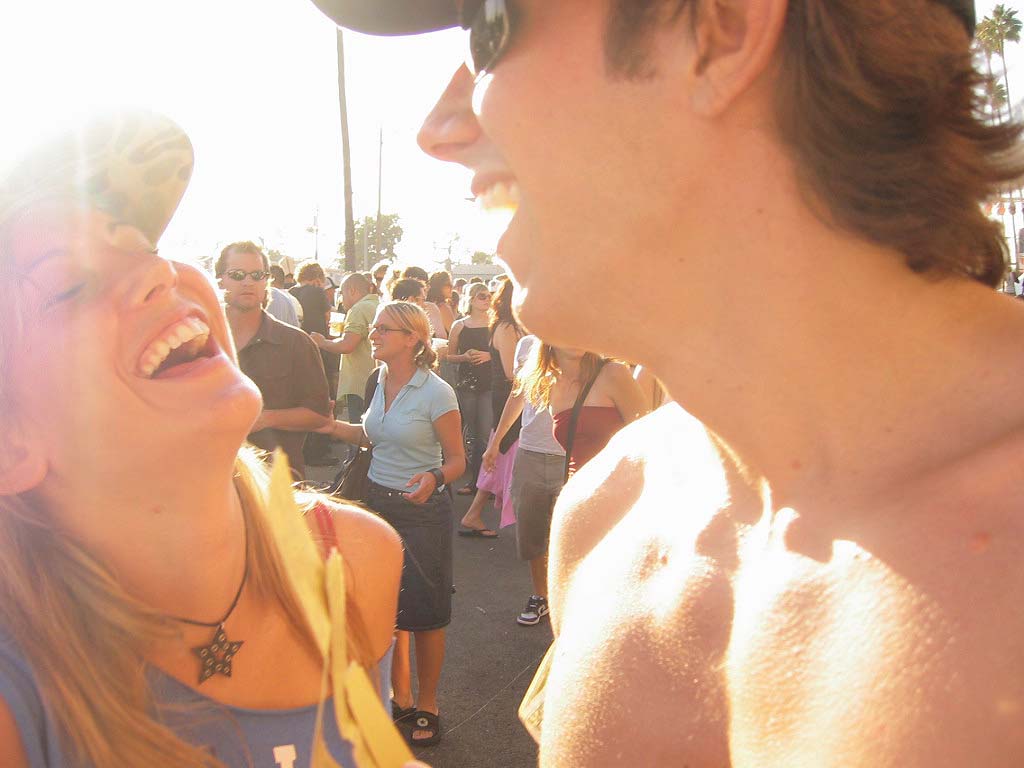 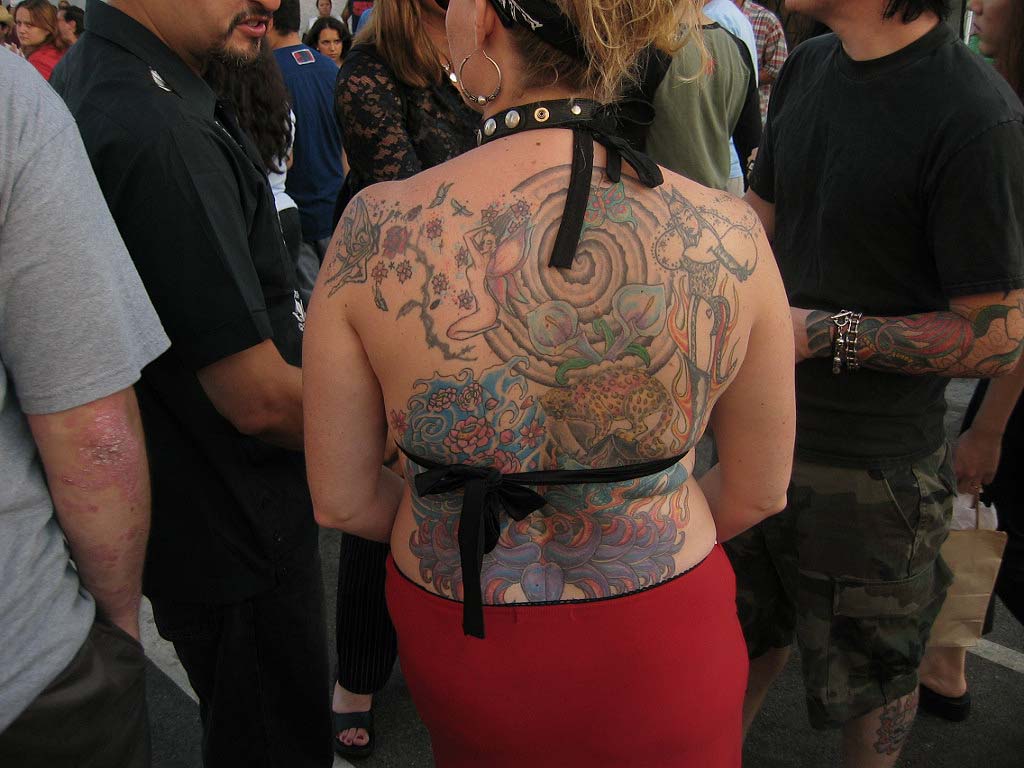 does a tattoo exist if no one sees it? even a cool one? 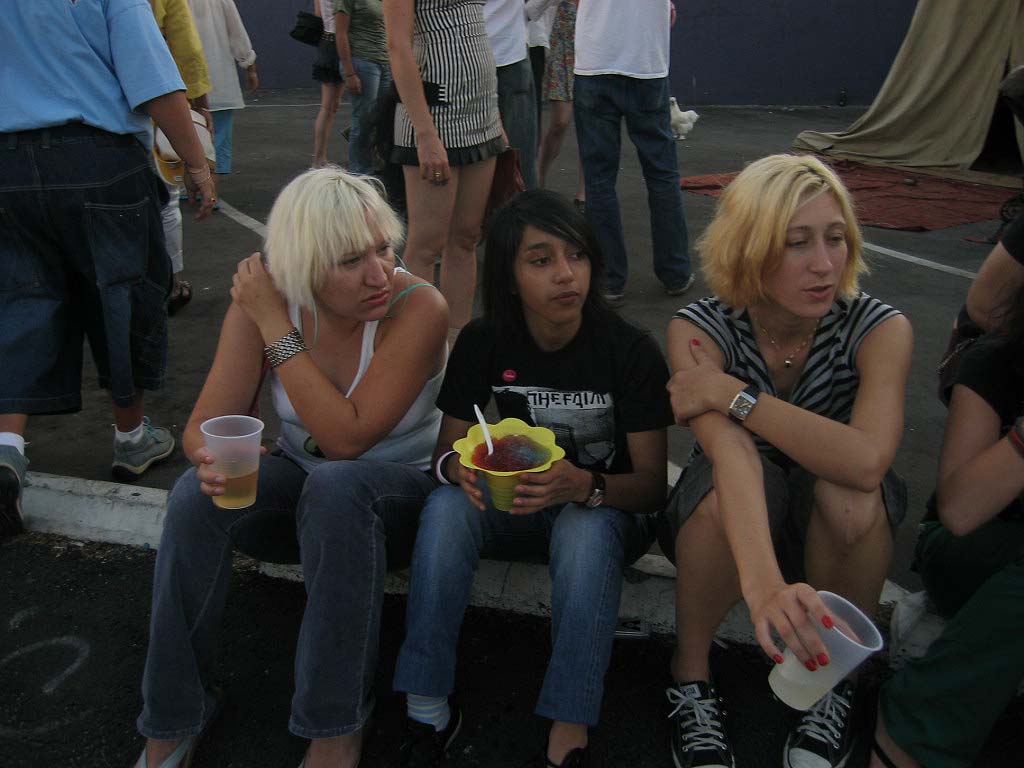 now im a crazy person, that cannot be denied.

but Los Angeles is a city in a huge financial crisis, right?

you’re telling me that even though Ticketmaster wrote a six figure check, the city still thinks that its a good idea NOT to allow a situation

where you can tax people on a weekend as they buy overpriced beers and slurpees in flower pots?

you want those people to go to anaheim or something? or tax them as they buy stuff drunk on the streets of your fair city?

call me crazy but if i was the city id say look we will let the show go on under one condition:

whoever has been running it the last two three years has to step down on monday.

and that would give us the right signal that things seriously are going to change, like you’ll pay your bills and clean up afterwards.

but thats me, a crazy person, who enjoys walking to the best street fest in so cal.