march 1, fur coat man doesnt give a fig about war or charlie sheen

march 2, the former drummer of thee mystakes teams up with the donnas singer, makes supergroup

march 3, The Week, america’s Economist, named my mind-in-the-gutter description of the London olympic’s logo the second best of alllll tiiiiimes march 5, danced with pretty girls at a gay bar

march 6, went to the beach with karisa and learned how much a 2bd/2ba beachside apt costs

march 8, sass comes back to america just in time for a photo shoot march 9, lauren rocket invites liana and i to play with dinosaur bones which i write about for the Times animal blog, Unleashed march 13, a young lady in chile writes about her dog’s first trip to the beach. a mental note is made. march 15, “hits went up on the blogs, but so what. record numbers. so what seriously. all i have is lobster balls.” march 16, learn something new every day 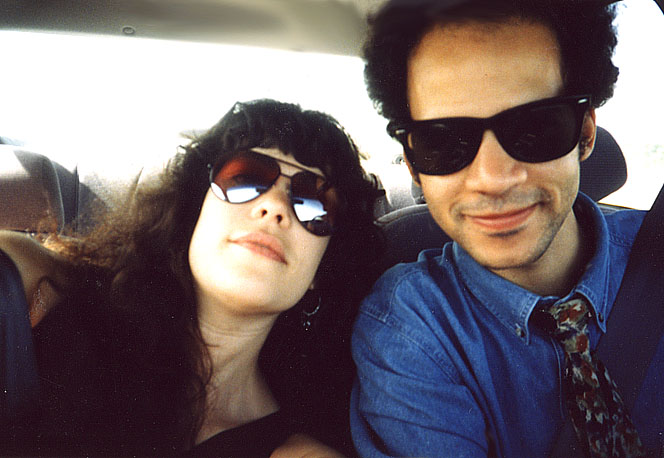 march 17, “twenty years ago while in a dress in the beverly garland hotel i asked jeanine to be my girlfriend.” march 18, my niece sends me the greatest girl scout invoice ever march 19, cnn is a romantic at heart

march 22, j mascis plays at sxsw making me sad im not there march 23, got to be part of a sit down video interview with Ron Ron who was super cool march 24, sad day at work, so i drove around aimlessly during lunch because i could sense the impending doom march 30, boy wonder Mark Millian returns to the LA Times – just to say hey, and to lift our spirits. (it worked.)

it was pretty hard not to smile to

and sing along with

desperate ditty from a dark chapter of our past

to the greatest guitarist in rock today