august 1, drinks in vegas with a guy with a mike tyson tattoo august 3, xbi upgrades me from hooters to the hard rock in their own unique way august 4, the coolest thing i did in sin city august 4, one of the many beautiful emails i got

august 5, rise of the planet of the apes, the busblog review august 7, they cleaned up the elliott smith wall (its ruined now, again, of course) august 8, tsar’s calling all destroyers is the music for the opening credits of Super august 9, i see the closing day of the best art show of the year starring Banksy, Shep Fairey, and Mr. Cartoon august 10, we could be heroes august 11, i learned what a Bardo is august 12, strangely im the only man in the blogosphere who noticed Jackie Johnson was married august 13, i have my first interview at KPCC and meet a homeless cat who tells me say yes

august 14, my sister takes the best photo of the year of my nephew, a dog and a cat, and a cage august 15, was given pretty good seats to the Dodger game. ate free food. hung with pretty ladies after august 17, “hey tony whats the deal with ‘nothing in this is true'”?

august 18, the time the readers bought me a car august 18, unemployed i chill at the Roosevelt pool with krista. so boring august 19, the best bet i ever won ever august 22, sass and i have brunch, go to a meadow party, then eat chinese 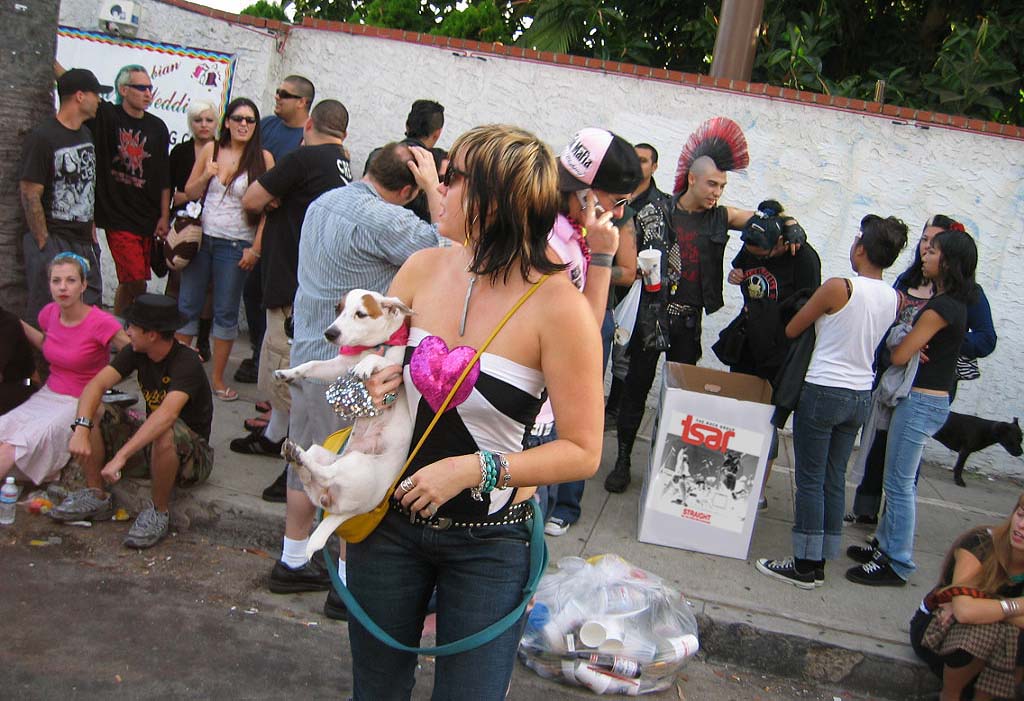 august 27, drinks with anti and tanky teach me about the sad fate of Old Tony’s

august 28-31, the xbi sends me back to vegas and i have the best time, but you know what happens there.

which doesnt always match with busblogging.

in fact the two are in huge conflict.

heres the biggest problem, the xbi is wildly exciting.

theres stuff that happens in and around the shadowy underground that is ab so lutely perfect for blogging.

yet if you write about it, you end up missing and will never be found.

the first rule of the xbi is

theres not a lot of room for negotiation. which stinks cuz im a master negotiator.

is cuz i dont care about the bang

which ironically is why they <3 me so. do i heart them so too? who? (yes) ever wonder why a bald man uses shampoo? them too.