i wanna do something on Medium. why not.

im thinking about putting old busblog posts on there. because no one else is.

i feel like i have 90% crud on this blog, which means 10% is halfway decent so why not repackage it like they do in box sets.

plus millions of people havent even ever heard of this thing so why not let them see it in a different frame.

so i was thinking about making a blog that is What Happened Today in the Past on the Busblog.

so i went back in the archives and the first thing i saw was a link to this photo essay of me chris and jeanine going to Greg’s art show where he had painted, among other things, a bunch of portraits of a few of his friends. 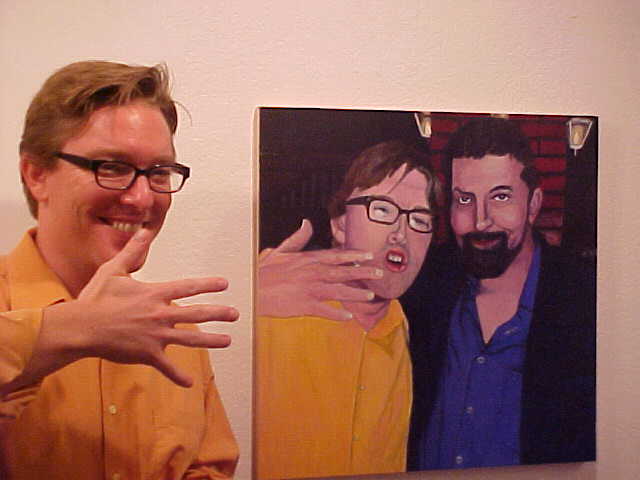 i was (and am) so honored that he chose me to be one of his subjects. i remember sitting for him for hours as he got my afro just right. then he painted.

i remember that being a really great day. it was so nice to hang with all of our friends. we’ve known each other for so long, it’s nuts. and theyre all so talented.

im not sure how medium would take it. old stuff? from a not famous dude? and so much of it is dirty lies? would it work? would it translate?

shouldnt i just trudge on into the future? shouldnt i try to write smart essays like all the other ppl on that thing?

time to shave my head and start the work week.